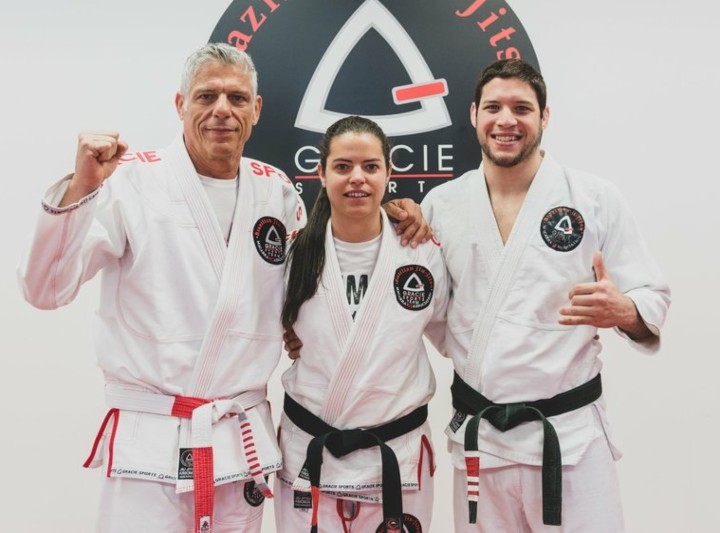 In this video, you can see her rolling with her cousin Renzo Gracie: