One Of The Most Interesting Wrestling Against BJJ Matches 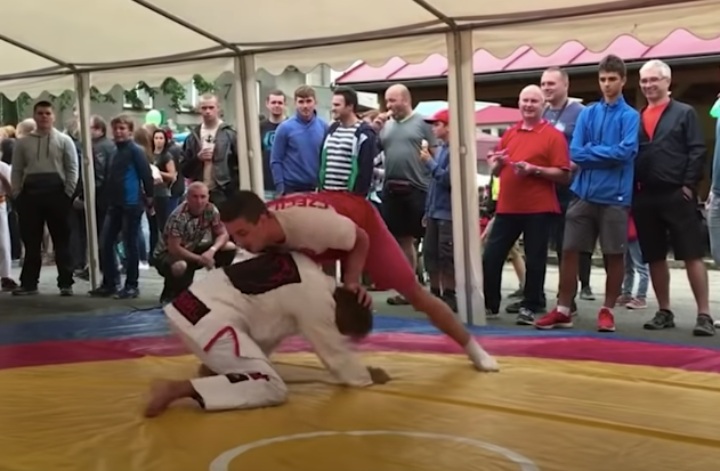 Wrestlers are universally known as being some of the most hardcore athletes on earth. It takes a huge amount of hard work and perseverance to be successful in wrestling. The difference, between wrestling and BJJ, is that wrestlers work hard to take their opponents down and maintain a top position. This is why explosive power is considered to be an asset in wrestling, much more than in BJJ.

BJJ is considerably more recreational than wrestling, and many people choose to take it up at different ages. Wrestlers tend to start very young and usually stop after high school or college.

The intensity level in wrestling is way different from that of BJJ.

BJJ even though it is a very dominant martial art, is not perfect. Here is a very interesting video which shows how certain ways of training and thinking will give Jiu Jitsu guys some problems when dealing with certain types of wrestlers.

BJJ black belt Kyle Calkins is commenting this video from the Czech Republic which showcases a extended roll session between a BJJ practitioner and a Wrestler.

Let’s watch and learn some lessons about certain weaknesses in Jiu Jitsu and how these weaknesses can be corrected. Let us know what you think and what lessons you learned from this style vs style martial art match. Also, do you agree with Kyle’s assessment that the BJJ guy is probably a blue belt? Talk to you in the comments!