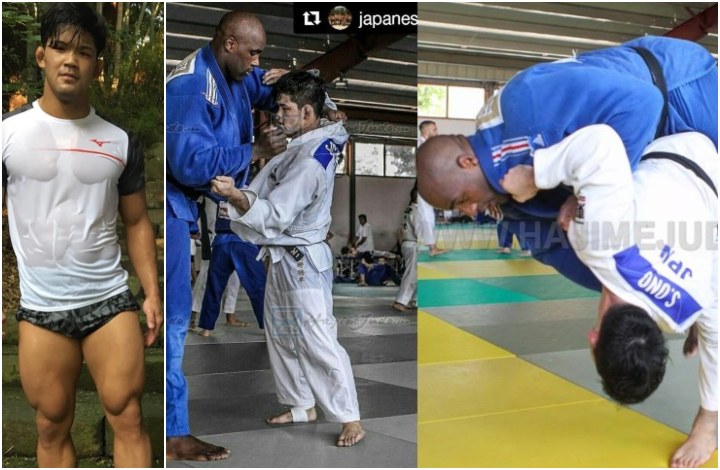 If Judo and Jiu Jitsu were a test of strength, we could just have a set of weights at the door – and a contest as you come in to see who is strongest, and then go home having never touched the mats. Now wouldn’t that be silly?

Shohei Ono is regarded as one of the world’s top Judoka. He has won three World Championships and two Olympic gold medal. Ono is unbeaten in international Judo competition since 2015.

His speciality is uchi mata, and he holds one of the highest ippon rates in judo. Ono also takes his strength and conditioning very seriously as you can see in this video.

He focuses on Olympic lifting and also countless solo drills to work on his Judo muscle memory.

Ono packs some serious power and some serious technique. Competing at 73kg, you can see in the video how he threw the monstruous Teddy Riner during a randori session.