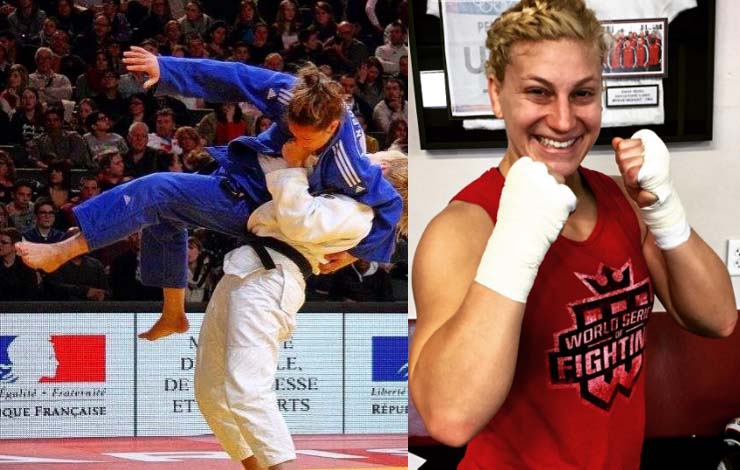 The most decorated American Judo athlete is set to compete in mma – Kayla Harrison will be making her professional debut in Professional Fighters League in February.

Los Angeles Times reported the story on Thursday on Twitter, and MMAFighting.com confirmed it with her manager, Ali Abdelaziz.

Former roommate of Ronda Rousey used to compete in Judo in the over 78kg division however it’s unclear just what her weight will be in mma.
Professional Fighters League, formerly World Series of Fighting changed formats and ownership recently. Still Harrison won’t be in a league just yet.

Abdelaziz said Harrison’s debut wouldn’t be part of a tournament, the new format PFL has stated it would be built around, and instead would just be a one-off fight.

“Don’t only practice your art, but force yourself into its secrets; art deserves that, for it and knowledge can Raise man to the divine.” -Beethoven Im not where I wanna be, but I’m working hard everyday to get there. Thank you to Sensei Kru and sensei andy and everyone @sytboston for teaching me the secrets. @profightleague @fujisportsus @markdellagrotte @andycote