Not Sure Why You’re Training Any More? You’re Not Alone 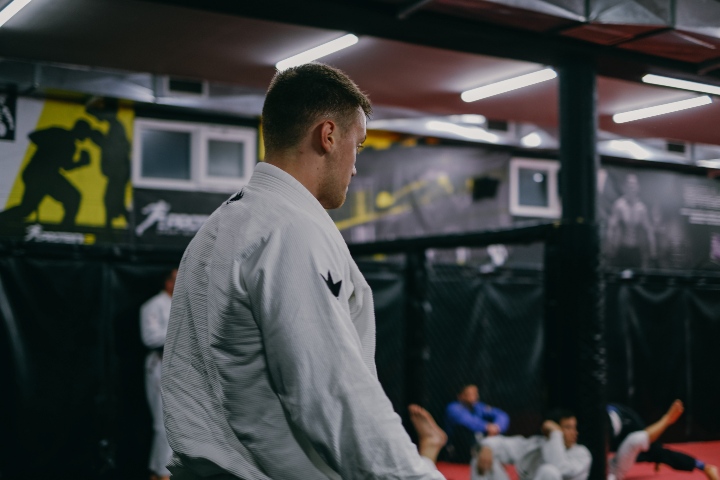 I’ve been training Jiu-Jitsu for some time now (approaching nine years) and lately I’ve been wondering what exactly compels me to do it. When I was younger, I wanted to be one of the best in the world, but I’ve achieved very little by almost every conceivable metric despite grappling being the overwhelming focus of my life for at least the past 5 years. My effort to run a school failed (or rather, I failed my school), my competitive record is spotty at best, and my skills are nowhere near world class. When I do get the opportunity to train with elite competitors I am always reminded of exactly where my abilities lie in the grand scheme of things, and it isn’t anywhere near the top.

This doesn’t make me unique, and it isn’t exactly surprising. I am far more concerned about my grappling ability than my career, but I do still work a day job to pay my bills. Even if I don’t particularly care about it, it is indisputable that far more of my time goes to work than to training. I train every day after I get away from my desk, elite competitors train every day multiple times a day. The difference in ability is expected as a function of the time given to the sport. Is it my fault for not making the necessary sacrifices to train like they do? Maybe, but at a certain point, reality must be reckoned with, and dreams have to be acknowledged as dead. I will never be one of the best.

So, what is left for me then? Should I train for self-defense? This seems to be a satisfactory reason for a lot of people, but it doesn’t quite sit with me. I don’t drink, I don’t party, and I hardly “go out” if it isn’t to train or get groceries. If I were to find myself in a “street fight” it would be because a psycho jumped me in a parking lot or the frozen foods isle. Not absolutely impossible, but hardly a likely enough scenario for me to live my life around.

Should I train for fitness? Grappling is good exercise, but it is hard for me to say that it is “healthy” without qualification. Grappling is hard on the body when done with intensity and does considerable damage to the body in many ways. No form of exercise is totally risk free, but there are probably safer, more efficient ways I could move my body if I wanted to maintain physical fitness and overall health.

Grappling is more fun than those other ways of exercising though. Should I just grapple for fun? Maybe, I did used to think that grappling was fun, and I occasionally recapture that feeling, but I’m not sure that I’ve been having fun with it for a few years now. Success has started to feel trivial. Beating opponents feels more like a chore than an accomplishment, and failure has maintained the sting it had on day one. In fact, it might even feel worse now. Why can’t I execute the plan I’ve executed a thousand times before? Has all of this work I’ve put in been meaningless? These weren’t feelings I had when I was just a white or blue belt. Perhaps I will eventually find a way to enjoy grappling again, but for now, it doesn’t seem like a possibility.

What then is left for someone like me? Grappling is central to my self-identity, and not something I feel that I can walk away from. Even though it gives me nothing; no accolades, no enjoyment, and physical benefits that might come with just as many detriments, I still feel like its vitally important that I continue the practice. Maybe then, there’s something inherit in that feeling that is important. Maybe the experience of remaining dedicated to something difficult and unpleasant has its own benefit. There’s a sense of pride in sticking with Jiu-Jitsu even when it gives nothing back, and its that pride that gives me some meaning in my life. It doesn’t matter that every hope of being something great has been extinguished, I’ll keep plugging away, trying every day to get better. That’s the one thing that I can hang my hat on.