No Training Partner? How To Drill Your Takedowns With A Heavy Bag & Solo Drills 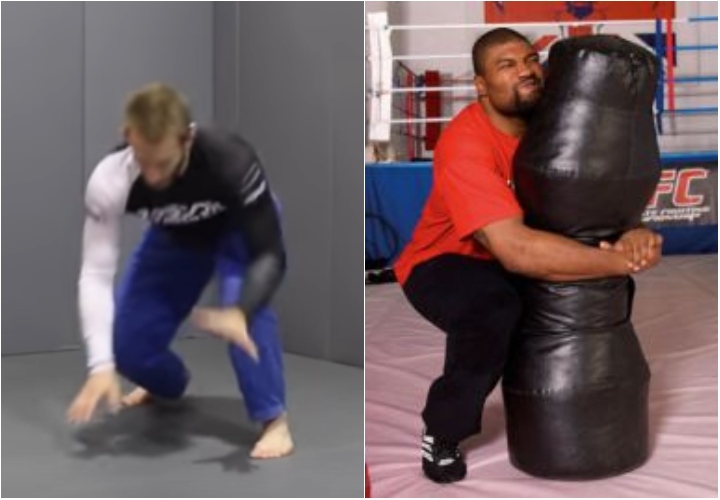 The Grappling workout videos below are a great example of these grappling specific conditioning you can get done at home with some simple set-ups and creativity.

You can use a heavy bag to work on takedowns etc..

You can also use solo drills to develop great takedown combinations.

Here’s a tutorial on how to practice your takedown entries for MMA (or any scenario where takedowns AND strikes are involved) while avoiding common mistakes.

Takedowns and throws with this particular type of heavy bag:

Lyubo Kumbarov, former 4 x Bulgarian National Champion and Wrestling coach at Roger Gracie Academy HQ in London giving a tutorial on prep/conditioning/gymnastic drills he views as being essential for developing the physical performance of elite combat sports athletes in wrestling or other grappling based systems.