No Brazilian Jiu Jitsu Academy Near You To Train At? Try This 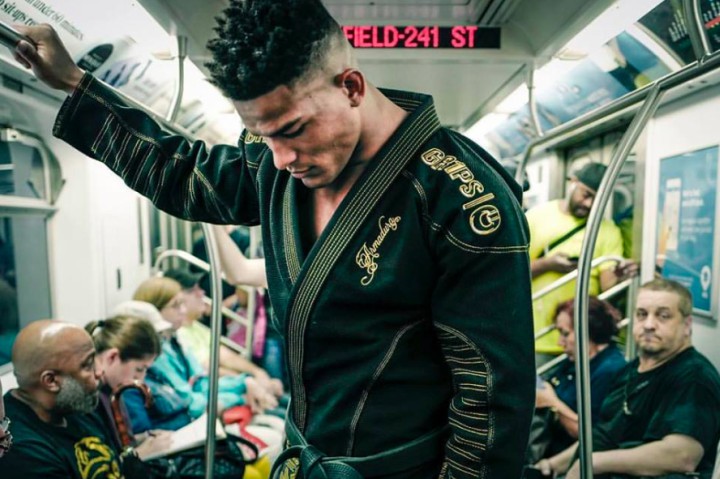 You just found out about Brazilian Jiu Jitsu, haven’t you? It’s such an amazing martial art, isn’t it? Yes yes, we know that you are eager to start training it and to learn how to choke other people out for fun… But the only problem is – you don’t have a BJJ academy nearby!
It may be that you live in some really far-off place, where the nearest BJJ academy is in a city too far away for you to regularly travel to; or that some sort of an academy actually does exist, but you’re not satisfied with what is being taught and who is teaching there.

Be it the first or the second issue, there are solutions for the taking!

IF THERE’S ANY SORT OF A BJJ ACADEMY NEARBY, VISIT IT

First things first. If there’s a BJJ academy nearby, no matter what you may think of it or what has been told to you about it, visit it. Give it a shot; make yourself go and train for at least a month, so that you can really get a taste for how the things are done there.
Pay special attention to how the instructor/coach is carrying himself. Is he teaching in a clear manner, and is he a true coach – not some egomaniac that wants to vent his frustrations onto others? Also, notice how the people training in the academy behave; are they generally good-natured or sort of meatheads?

If, after a month or so, you decide that this academy really (but really – remember, you don’t have another place to really train BJJ at) isn’t for you, then call it quits and head towards our next solution.

FIND SOME OTHER MARTIAL ART ACADEMY – WITH GRAPPLING INCORPORATED WITHIN

Your second best bet is to find some other martial art academy, one that has grappling incorporated within itself – and then train that. Therefore, the number one choices that you can take upon in this regard are judo and wrestling.
Sure, a judo school will predominantly teach you throws; but it will give way to some ground work as well. And yes, wrestling may not teach you how to pass guard or how to tap people out; but what it will do is that it will give a base for being really good in BJJ in the future. Remember: wrestlers are often notoriously difficult for jiujiteiros to handle.

If these two sports aren’t an option, try to find an MMA gym. If even that isn’t an option, well… Maybe you should seek out our third solution.

LEARN FROM THE INTERNET AND TEST YOURSELF OCCASIONALLY

The third option that you have is to learn from the Internet and then test yourself by going to the closest BJJ academy every once in a while. Truth be told, there’s a lot you can learn from the internet these days; especially with the come-uppance of instructionals that both teach you quality moves and provide quality structure for learning these same techniques.
So, find an instructional or a series of techniques on Youtube that you’d like to learn, and then practice them. Though, you will need a willing training partner for this; maybe a friend, a sibling, or whoever else that’s willing to be twisted (and, possibly, to twist) all over the place.

But drilling techniques, and even using them in a roll, with someone who’s – at best – as good as you are… That isn’t enough. You need to test yourself; you can do this by visiting the nearest BJJ academy every once in a while and rolling there. Even if it’s every few months or so.