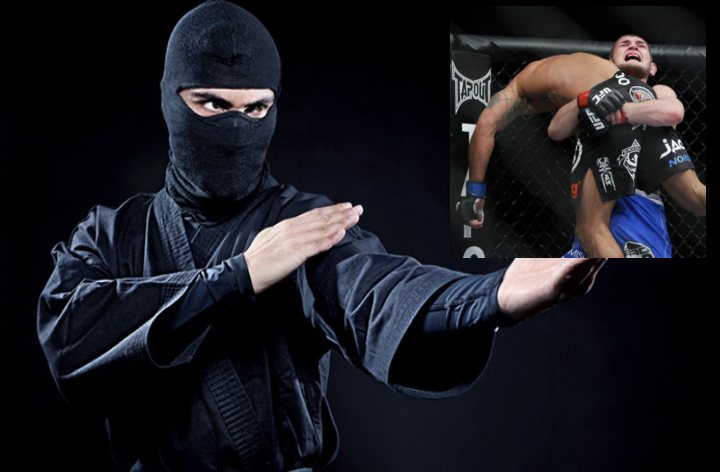 Yossi Sheriff, a Ninjutsu master from Israel explains how to use kicks in combination with grappling and throws to counter grapplers who clinch.

Ninjutsu is system of guerilla warfare that was developed by the shinobi (they are known outside Japan as ninja).Ninjutsu used elements of different martial arts and formed its own discipline: taijutsu with shurikenjutsu, kenjutsu, sōjutsu, bōjutsu and others…

Ninjutsu practitioners mainly trained with weapons but for unarmed combat, they mainly used Taijutsu which is a blanket term for all martial arts such as jujutsu, judo, aikido as well as the striking arts of karate and kenpō.

Would these techniques work on an experienced grappler or even a mid level level beginner such as a bjj blue belt?