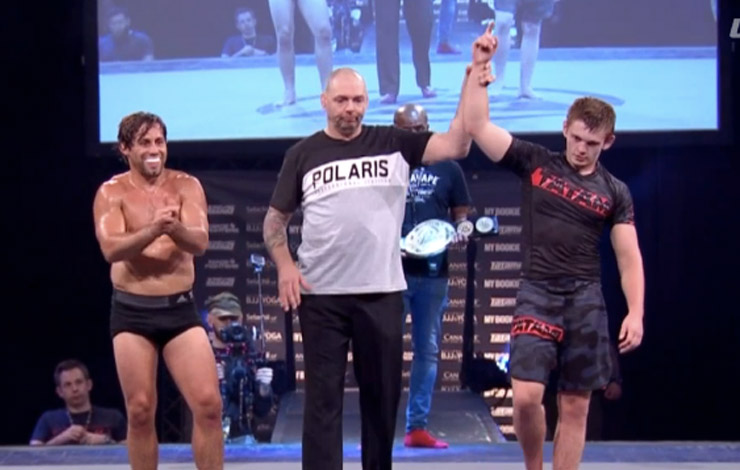 Nicky Ryan hsa had the best weekend of his very young career. The grappling phenom has bested Urijah Faber in a dominant yet submission-less victory over in England.

40 year old Faber appeared outclassed left and right and even attempted to play rough and ultimately rough up Nicky in order to get anywhere. From a spectator’s point of view the match was not too dynamic as Nicky was adamant to play the bottom game to a heel hook opening while Urijah attempted to leverage his guillotine choking skills to pass. However he did not manage to pass or get even close which ultimately meant that Ryan would go off with a decision victory.

In other news Craig Jones defeated Matheus Lutes via unanimous decision. Jones cut quite a bit of weight for the 88kg face off against young Lutes. The decision could’ve gone either way as both wrestled quite a bit and played tactically.

As far as submissions go 10th planet’s Richie Martinez secured a tight standing RNC finish over Miha Perhavec. Martinez had quite a bit of experience on the brown belt up and comer from Slovenia.