Nicky Rodriguez Shares His Training, Weights, and Nutrition Routine That Makes Him So Dominant 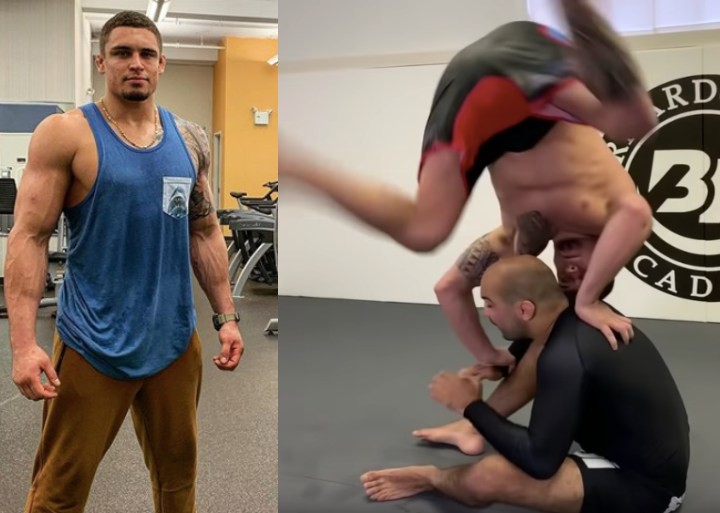 ADCC silver medalist Nick Rodriguez has taken the grappling world by storm. The division III wrestler only took up BJJ training 2 1/2 years ago, and in a record time reached the impressive silver medal at this year’s ADCC.

He earned his purple in BJJ on the podium of ADCC from his instructor, after having beaten BJJ black belt world champion Mahamed Aly and 2015 ADCC champion Orlando Sanchez.

Rodriguez has incredible agility and explosiveness for such a big man. At 230lbs he was see using the spectacular cartwheel pass multiple times at ADCC, confusing his opponents and literally jumping over their guards:

So what is the secret to Rodriguez’s success? It’s his work ethic.

In this video with Rodriguez, Bernardo Faria was able to get some information from the grappling star about his habits.

No rounds off.  He trains hard and to exhaustion.

With lifting, Rodriguez works one body part /day for no more than a 45 minute workout.  He does does 4 sets of high reps (not less than 20 reps) and uses 8 exercises per body part.

Rodriguez also works his weaknesses bu pulling guard and working on his leg locks during training, making efforts to fill the holes in his game.

For nutrition, he recommends eating enough food to fuel your body for the workload your placing on it but also places importance being able to cook and eat your own meals.

For pre-competition nutrition, Rodriguez starts to load carbs about a week out. Two days before he competes, he cuts them completely out of his diet and then right before competition adds them back in to bring his energy level way up.  He has been following this training and nutrition regimen ever since he wrestled as a kid.

Check out the video for more in depth information: 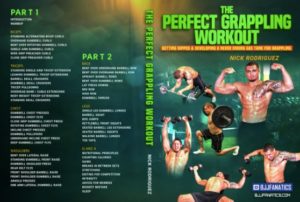