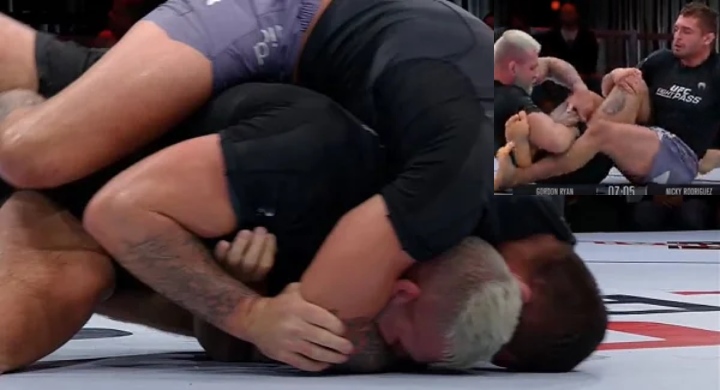 UFC Fight Pass Invitational 3 was held last month and the main event of Gordon Ryan vs. Nick Rodriguez did not dissappoint.

The initial opponent for Ryan was supposed to be Vinny Magalhaes, but the Brazilian was not able to cut 40 lbs on time, so the UFC found a last minute replacement in Ryan’s former team mate Rodriguez. The two faced each other a few months ago, at ADCC with Ryan easily winning by submission.

This match was different. Right off the bat, Ryan pulled guard and was working from the bottom. Rodriguez was trying to pass but also defensive. The two pretty much cancelled each other out. At the end, since the fight was in EBI rules, the two opted for back control but nothing significant happened although Ryan had the fastest escape.

The decision win was given to Ryan who did just enough to win.

In the post fight press conference, Ryan was explaining how hard it was for him to get a hold of Rodriguez. From 3min 03:

“The moment he started sweating, he definitely was lotioned and the lotion came out. I couldn’t get a hold of him. He was so slippery.”

“His head was down and hips were back and low and he was not doing anything so I already knew that it was gonna be a long match.

Ryan said his ankle popped when Rodriguez ripped a toe hold on him.

“My ankle popped when he attacked a toe hold. It’s no big deal, I’ll be ok in two days.”

Nicky Rod, recently opened up about the match during his interview on The Simple Man Podcast:

“I think he was just getting really frustrated on bottom. He wasn’t able to engage or use his grips to his advantage. Usually from bottom he just moves guys around, start dragging them and whatnot and come on top, and he just wasn’t able to do that this time.”

“So [Ryan has] about three times the amount of jiu-jitsu training that I have. With one third of the training, I was able to put it on this guy, broke his foot, get a rear-naked choke locked up, and he wasn’t able to engage me at all…

“I think people see that he’s human now, and he knows I’m coming.”

Nicky Rod, fired back at Ryan, with his own accusations of PED use from the ADCC champion: 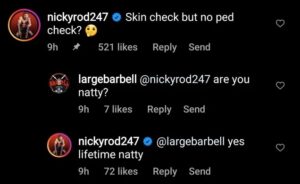 Is there any proof of these allegations? Ryan also posted a video clip which suggests that he is using PEDs. He is seen walking by a  USADA poster at a UFC facility and wrote ‘Not today Satan’.

Check out the highlights below:

So close for Nicky Rod!!! But we are going to escape time!! #FPI3 pic.twitter.com/3ObYx8OmBu

Body Lock Your Way Through The Guard With This Step-By-Step Approach To The Pass With B-Team Co-Founder & ADCC Finalist Nick Rodriguez’s Signature “Rody Lock” System For Grapplers Of All Levels. 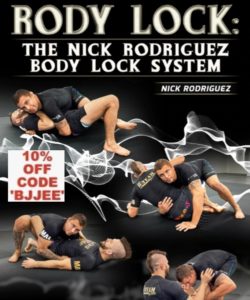