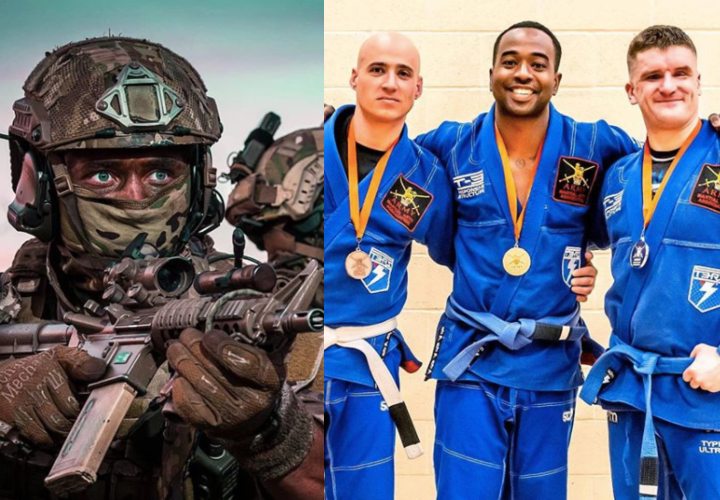 Over the years positive impact of bjj on mental health and specific issues has been discussed. Being involved with a martial art will increase self-esteem, self-confidence, management of feelings, and decrease sleep disturbances and depression.

Successful competitive BJJ players are characterized by very sporadic neurotic and psychotic behavior as well as a tendency to be very extraverted.

To be a successful competitor you have to overcome an enormous amount of anxiety (hence rating low on the neuroticism scale) and work as much on your mind as you do on your athleticism if not more.

In light of these results new researches are focusing on bjj in relation to PTSD (post traumatic stress disorder). PTSD is incredibly prominent among US military servicemen. It’s been estimated that as much as 15% of people suffer from the disorder and often require intense psychotherapy and medication.

“I lost some friends oversees. That was really difficult for me to cope with.”

King described, “Feeling in my chest, I’d get a headache, get a little dizzy. This is not normal. This isn’t right.”

Ksat also talked to a researcher on the case:

“There really are no good therapies out there right now,” said Alison Willing, Ph.D, a professor at the University of South Florida’s Center of Aging and Brain Repair in Tampa, Florida.

Willing said costly intense therapy and medication has a low success rate. This is why she’s studying the effects of Jiu Jitsu on PTSD.

Willing told Ivanhoe, “The effects of this first study were so dramatic. The PTSD scores on all of the valid scales were getting so much better to the point where you don’t usually see with traditional PTSD therapies.”

King’s headaches and sleepless nights have pretty much gone away.

King said, “I feel good. I haven’t felt this way since before the military before Afghanistan, before everything. I feel okay.”

“The fact that we’re still engaged in these actions overseas means it’s only going to get worse,” said Willings.

Professor Willing went on to say the study continues in order to give researchers a better idea of how much jiu-jitsu should be required in order for the patient to feel the benefits of continued effects.

Inside Look At Grappling In US Army & Their Competitions