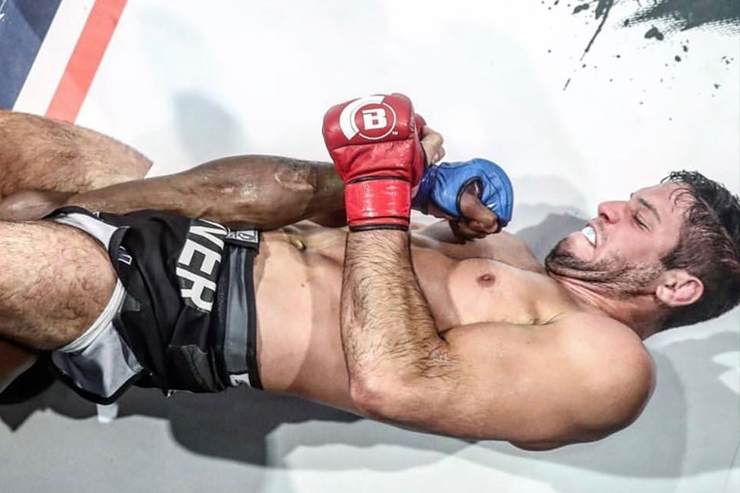 Neiman Gracie is doubling down on his feat to take over the world of MMA. Young Gracie is in the semifinals of Bellator Grand Prix with a record of 9-0 and looking at his biggest opponent to date – Rory MacDonald.

“He’s doing great,” Neiman said. “He only had one fight and people are trying to talk bad things, like, ‘Oh, it’s Alex Caceres.’ Alex Caceres is damn tough. Who had beat him that easy like that in the first round? Who? Who did it?”

“I think only, like, two guys,” Gracie answered when asked if any fighters had ever managed to get under his skin. “I fought [Javier Torres] in Bellator and he was kind of a dick. But I felt good, it gave me more power to try to finish him.

“I don’t dislike [trash talk], but it’s not something that I do,” he continued. “I’m usually a very calm guy and like I said before, I think about it as a business. At the end of the day I just want to go in there and compete and win. So I don’t hate the guy, I don’t want to kill the guy, I just want to be better than him. I want to finish him. But it’s not like I want to kill him.”

Of course MacDonald recently had that crisis of faith. He no longer has the anger that usually drove him in his fights as he explained on Ariel Helwani’s MMA Show on Monday.

“I felt like I was unsure of the emotions I was feeling in the fight,” MacDonald said. “For the longest time, I fought with a certain anger inside of me so it was kind of like a release. I felt good to fight, to do damage and it made me feel better about myself in some kind of a way.

“Lately, because of my new relationship with Jesus Christ, I just don’t feel that hurt in my heart or that pain that used to drive me. I have new life and peace in my heart and I don’t really have that anger that used to drive me. So it’s kind of weird to go into a fight and not go through the same emotions that I’m used to feeling. So I guess I was just caught up [during the post-fight interview] thinking about why I’m feeling like this, what am I doing here? I was just not sure what to make of it.”