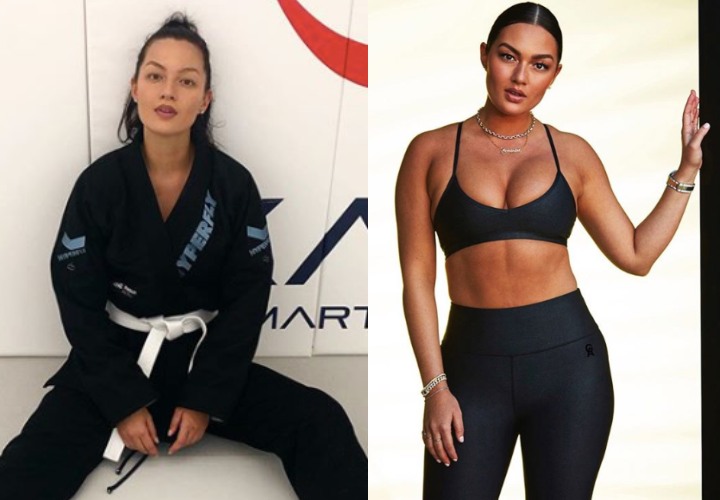 After news broke out that Supermodel Irina Shayk was into Jiu-Jitsu:

Supermodel Mia Kang believes now is the right time to take on another challenge. The Sports Illustrated Swimsuit was living the super model life in New York not that long ago when she felt like she needed a huge change.

“I’ve been judged on my appearance day in and day out every day since the age of 13,” Kang, who has been modeling for 15 years, told Ariel Helwani on Monday’s edition of The MMA Hour. “I’ve been through every eating disorder, body dysmorphic disorder on the planet — that you can ever imagine. Anorexia, bulimia, addiction to diuretics, laxatives. Fully body dysmorphic. I would look in the mirror and see a fat person.

She decided to try out Jiu-Jitsu.

“I grew up obese and overweight and bullied. … I’ve lived on both extremes. I’ve been a size 14, I’ve been a size zero. And just day in and day out, feeling guilty every time you eat something and being criticized on every part time part of your body, I’d just had enough.”

“I just wanted to go to Thailand and be in the sun,” Kang said. “Muay Thai and living in a training camp and going through all that, it taught me to respect my body. It brought me out of everything I was going through. Even basic things like eating three meals a day — I learned how to do that. I found strength in my body that I never knew I had. I saw things in my body … I had a six pack at one point — never in my life did I think I was gonna ave a six pack. It really gave me my self confident and really helped me rid a lot of insecurities that were weighing me down my whole life.”

Now model believes now is the right time to instigate a huge change – try testing out the MMA waters.

“(I’m) really laying down some foundations in wrestling, some jiu-jitsu,” Kang said. … “Let’s not forget, this is fun for me. This is what I want to do. I’ve really fallen in love with martial arts and I wish I’d done it earlier and I want to see what else is out there.”

Kang managed to covet the attention of MMA manager Malki Kawa who represents MMA stars such as Jon Jones, Tyron Woodley, and Jorge Masvidal. While Kang says she does have an interest in competing in mixed martial arts she certainly won’t be rushing it.

When prompted about MMA she said:

“In the meantime, really laying down some foundations in wrestling, some jiu-jitsu,” Kang said. … “Let’s not forget, this is fun for me. This is what I want to do. I’ve really fallen in love with martial arts and I wish I’d done it earlier and I want to see what else is out there.”

And as for when will we see her in mma:
“Knowing me, I will get there down the line,” Kang said. “But I’m not trying to rush anything. I’m going at my own pace, what I feel comfortable doing.”