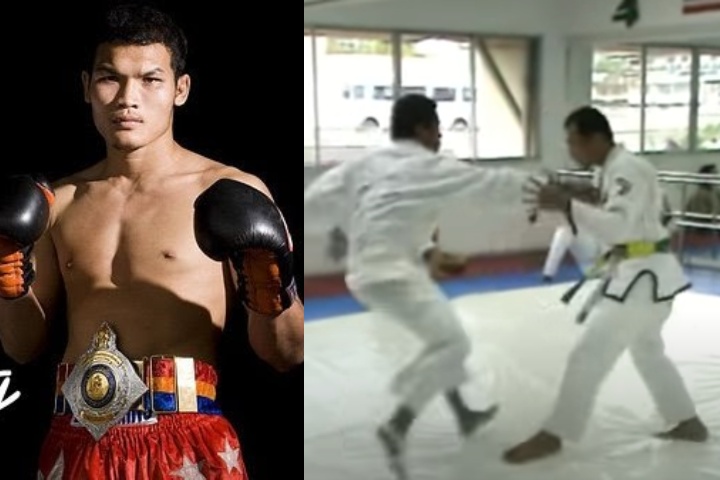 Flashback: Bernueng Sakhomsin, a Muay Thai champion decided to compete in BJJ in the white belt division. He has a rich Muay Thai background being the Rajadamnern Stadium Muay Thai champion in 2006 and with big wins in Muay Thai against legends such as Namsaknoi, Saengaha Sarakham, and Big Ben Chor Praram 6. Bernueng is currently ranked in the top 10 for his weight class in the sport of Muay Thai for the country of Thailand. At 26 years of Age, Bernueng had decided to change from a career of Muay Thai and continue evolving as a fighter to compete in MMA. Bernueng already competing in MMA is a veteran of the Art of War FC in Beijing China with notable fights against Dai Shaung Hai and Jadamba Narantungalag.

Kob Chalermsak of the Emac gym is a Judo Black Belt who is a member of the Thai national Judo Team. Kob Chalermsak faced Bernueng earlier in the day and utilized a perfect ippon in route to winning the BJJ match on points. Having won his way back into the finals bracket Bernueng cleverly countered the toss in the rematch to secure the back and win by RNC.