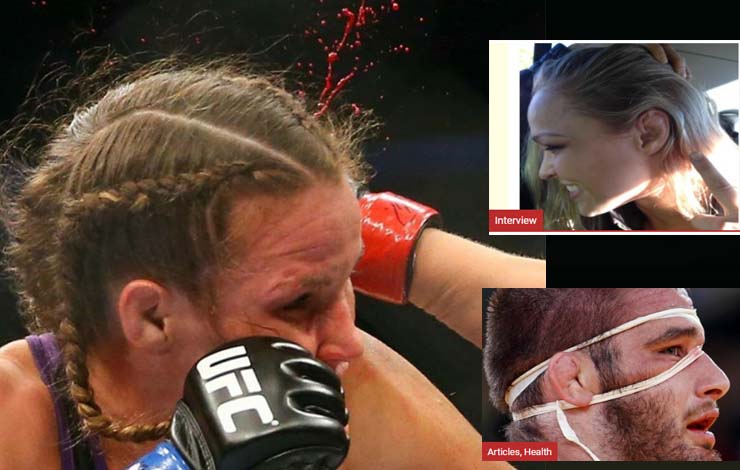 Brenda Philips was a dental technician from Co Down. She was watching Rugby with her son Connor – a rugby player, when she witnessed John Afoa (former Ulster player) get tackled and his ear burst open.

This is something that has happened to Leslie Smith in the UFC Octagon.

But this prompted Brenda to get thinking and find a permanent solution. She told belfast live:

“Cauliflower ears aren’t that nice to look at it. But it isn’t just about aesthetics, they can be very painful and can also cause ear damage.

It’s been 4 years since Brenda first thought of the idea:

I said, ‘In this day and age, why have we not got some protection for our ears?’ Those horrible cauliflower ears – who wants to have those after playing?

It’s still painful. If you get enough damage on the ear it can cause the canal to swell over so it can affect your hearing. It can be expensive to fix.” I said, ‘I’m going to make something’. I took an impression of Connor’s ear and made an ear shield. Now his ears are protected.

The checks have been done and as far as I am aware there is nothing else like this in the world. It is patent pending. 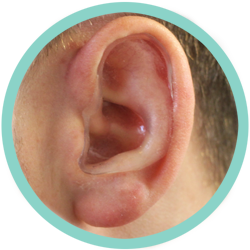 The mother-of-two, whose son Connor (23) and hockey player daughter Naomi (25) also wear the mouthguards she manufactures, said she came up with the idea four years ago while watching the sport on television.

It is early days but there is a lot of interest in it. I got the idea through the rugby but it seems to be really hitting the wrestling ones because they have to wear big cuffs to protect their ears.

These are compact. You can hear with them and you have full view with them.

I believe this is the way forward for all contact sports. I mean, who wants to have cauliflower ears?”

The invention is already in use by rugby players, judo professionals and wrestlers.

She is now hoping to roll it out to all contact sports internationally.

Do you wear an earguard? Would you wear it if it were more similar to the mouthguard?

The Lambeg Dental Laboratory boasts that this ear shield is

“At Erne Wrestling Club we have found the ear shields to be an important tool in helping to prevent injury to the ears. As a coach and a wrestler I would suggest to all participants to use the Caulear Protection Ear Shields.”

“I have worn the Caulear Ear Shields for 3 weeks, every night of the week at Judo training and my ears took no damage.  I found the Ear Shields offered exceptional protection and kept my ears from being damaged. I would greatly recommend these to anyone who takes part in contact sport and would rather avoid the pain and hassle of having cauliflower ears.”