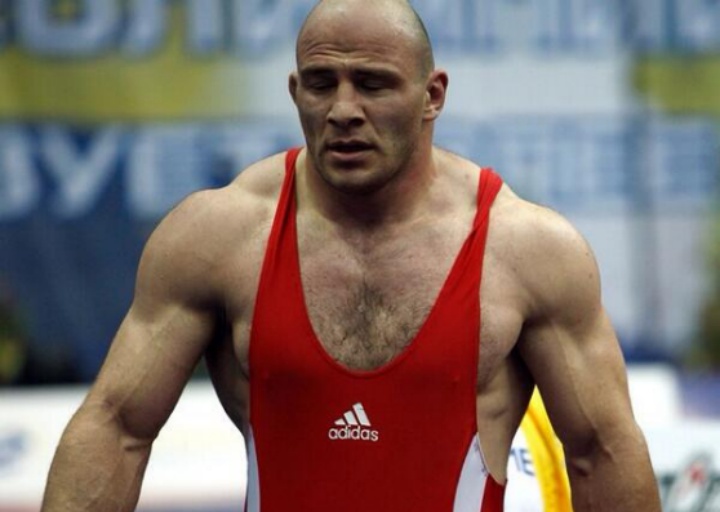 The mental aspect plays a significant part in the outcome of a grappling match. In grappling arts such as Judo, BJJ, Sport Sambo or Wrestling, where there are no strikes, you don’t have to fear being hit in the face or getting beaten up. As a competitor you do need to psych yourself up in order to beat someone across the mat that might be much better than you. Some of the grapplers on this list have/had an aura of invincibility or were just plain scary and able to instill fear in their opponents. Saulo Ribeiro is a tank. He is a 6 times world champion and known for his excellent Judo base, dominating style, competition strategy and constant pressure. Facing him in a competition would intimidate anyone. Saulo now competes in the master divisions where he has won everything in dominating fashion.

This article gives an account of Eddie Edmunds competing against Saulo Ribeiro, one of Jiu Jitsu’s greatest competitors and teachers of the art of Brazilian Jiu Jitsu. BJJ black belt Rousimar Palhares is someone that everybody wants to avoid in a grappling match. His arsenal frequently includes slaps to the back of the head, power bomb takedowns and brutal leg locks. His reluctance to respect the tap is another factor that contributes to his reputation as a scary and an unpredictable opponent. His nickname Toquinho, Portuguese for “little tree stump”, comes from his short, stocky, heavily muscled build. 15 of his 18 MMA wins have come by way of submission, 11 of which have come from leg locks. He is considered to be one of the best in the world at leg locks, such as the heel hook and knee bar. Palhares took 2nd place in the under 88 kg 2011 ADCC, finishing his first three opponents quickly with leg locks, before losing to established World Champion Andre Galvao in the final, by points. His last match was against Garry Tonon at Polaris Pro 3 and it ended in a draw. Rodolfo Viera is another pressure passer. 2009 was a deciding year for him and earned him the nickname “the black belt hunter” inspite of not yet earning his belt. Later on he went to earn titles in his weight class and absolute division at both Pan American and World Jiu-Jitsu Championship. He is graced with impeccable timing and grip strength that is the envy of many. His knee slice passes are intimidating regardless of the variation used. Alternatively he goes for the over/under pressure pass. His stand up is focused on a seoi nage variation, kouchi gari and ouchi gari. This takedown game might not be very attractive but it’s incredibly smart not to mention very tough. Marcus Almeida is a 3x black belt absolute world champion and a black belt under Rodrigo Cavaca, competing for the Checkmat team. Rodrigo Cavaca also gave Almeida his nickname Buchecha, meaning big cheeks, because Almeida had big cheeks when he started bjj. Although he is widely considered one of the nicest guys in Jiu-Jitsu, Buchecha is an absolute terror on the mat where his ultra-aggressive style is too intense to handle for most of his opponents. Ronaldo Souza dos Santos, nicknamed Jacaré, is a five-time World Jiu-Jitsu Champion, including gold medals in the Openweight class in 2003, 2004 and 2005. His other credentials include the 2005 77–87 kg ADCC Champion and the 2005 ADCC Absolute Division runner-up. He lost to Roger Gracie who outweighed him by approximately 25 lbs (11.3 kg). Along with Roger Gracie and Marcelo Garcia, Souza is widely considered to be among the greatest BJJ practitioners of his time. Jacare brought a kind of ferocity, explosiveness and aggressiveness on the mat that made his short reign in Jiu-Jitsu very exciting. He’s since transitioned successfully to MMA. While there are loads of more technical female black belts barely any compare to Gabrielle Garcia’s reputation. She’s known for winning most of notable tournaments prior to receiving her black belt from Fabio Gurgel. As a female competitor standing close to 205 lbs she managed to secure many victories in the last 5 years. Frequent winner of the absolute category won the majority of notable matches via Americana. She has since attempted a transition into MMA but her first match was far from impressive. Igor Kurinnoy is nothing if not an absolute beast.  3xSambo World Champion and 5xWorld Cup Champion dominates any matt he enters. What we call reverse omoplata, Igor Kurinnoy calls Koreika and it is an integral part of his arsenal. Kinnoy is no stranger to crosstraining. He is known to have competed in judo and sumo among other things. Nowadays he’s mostly focused on teaching. Rais Rakhmatulin is one of the distinct competitors that helped establish sambo as one of the hardest disciplines to practice.  As a 7x sambo world champion he was feared by and admired by many. His game is well rounded but still puts an accent on leg attacks. He describes himself as an experienced man that knows how to deal with emotions. He retired from active competition in 2010 and has since focused on teaching. Fedor is Combat Sambo’s GOAT with 4 world championship Gold medals. His last combat Sambo match was a loss to Bulgaria’s Blagoi Ivanov who defeated him in the semifinals of the 2008 championships in St. Petersburg, Russia. His calm composure and blah face before a fight are very intimidating. Tadahiro Nomura had been described as the king of judo. During his long and fertile career he managed to win 3 Olympic titles, in 1996, 2000 and 2004. Much like Rodolpho Viera, he is also known for his morote seoinage. As a second generation judoka he was very competitive from the begining. He credited much of his success to his “beat me if you can” mindset.  The first victory in the Olympic games helped him establish himself as well as his signature move – the drop seoi nage. Yashuro Yamashita is one of the cult judokas. He is credites as winning 203 consecutive matches making him one of the most dominant judokas of all time.  Yamashita was a smiling chubby youngster but that didn’t stop him from securing his first All Japan championship title at the ripe old age of 19 – making him the youngest person ever to accomplish this goal. This th Dan Judoka redefines the word intimidating. Most of his wins can be credited to these moves: Yoko Shiho Gatame followed by Uchi Mata, Kuzure Kesa Gatame and Osoto Gari. Teddy Riner is a French born judoka widely considered most succesfull contemporary judoka. He has a number of European titles as well as the 2012 Olympic Gold medal. The 26. Year old prodigy started his journey by winning a gold medal in 2007 in Belgrade (the hq of bjjee) at the European Judo Championship one day after his 18th birthday. Teddy Riner stands tall at 6 ft 8 inches and nearly 290 lbs, It’s hardly a problem to see why he is so intimidating. An animated cheery giant is not only a favorite of any crowd but also a dread for every opponent. Teddy doesn’t let his stature diminish his explosiveness. Our senses tell us the best is yet to come for this exceptional athlete.

Nowadays Dan Gable is best known for his coaching accolades (including 15 NCAA team team titles for university of Iowa) but the legend is primarily forged on a career that totaled only one lost match in his entire collegiate career. Gable even managed to snag an Olympic gold medal without giving up a single point back in 1972. At one point he used the term “horse with blinders” to describe himself in regards to wrestling. His “attack, control, execute” philosophy is a dead ringer for success. The man behind the Gable Grip helped redefine an entire generation. Artur Taymazov is to wrestling what Nomura is to Judo. The 3x Olympic gold medalist, Taymazov is a powerhouse wrestler. Uzbekistan born Taymazov did weightlifting before turning 11 years old and joining the recently opened freestyle wrestling club in his village.  Tarmazov’s 3 golden Olympic medals and one silver medal place him among elite company in Olympic history. While he doesn’t receive much media attention, his stature betrays a true warrior. His wrestling style is very exciting and rarely seen in a man his size (260 lbs). Sadly the super heavyweight division of wrestling doesn’t receive much media attention. Aleksandr Medved is one of the greatest wrestlers of all time, in fact he was even named one by the international federation of associated wrestlying styles. Soviet born freestyle wrestler won 3 olympic gold medals, 7x world and 3xeuropean titles. Flag bearer for Soviet Union still believes that strength can always be found and that limits are there to cross them. His lastname directly translates to bear which he credits to incredible stature of his ancestors. He is quoted as saying his grandmother was 195 cm tall.  He is long retired. Aleksandr Karelin is yet another Russian Bear – this one slightly less literal. Nicknamed “Russian bear” and “Russian king kong” – Aleksandr is considered the greatest Greco-roman wrestler of all time. Karelin won 3 gold Olympic medals and a silver one. His record stands at 887 wins and two losses. Karelin was feared for his unprecedented strength and success in international competitions. Some even refered to him as “The experiment” – enough said! He is famous for his reverse body lift, sometimes called the Karelin Lift. This devastating maneuver is worth the maximum 5 points awarded in Greco-Roman wrestling. His ability to throw equally heavy opponents amazed observers and terrified competitors.