Most Effective Way To Open Closed Guard in No Gi; Can’t Get Triangled From Here 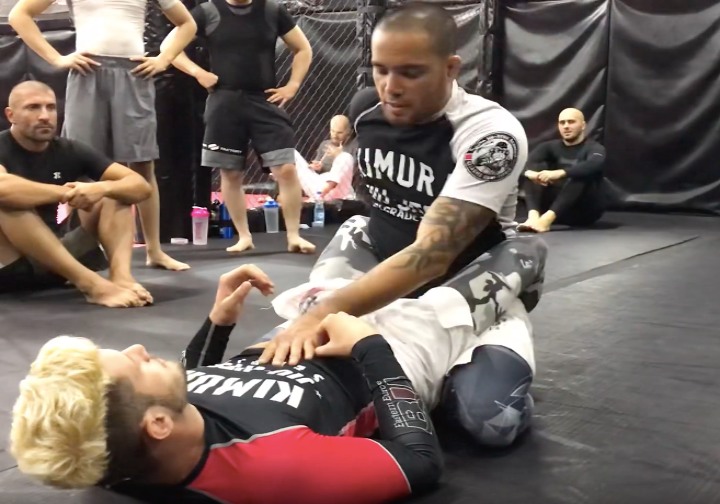 Opening a strong closed guard in No Gi is usually way tougher than in the Gi. You don’t have much to hold on to, the opponent is slippery etc…

You can either stand explosively and use both hands to push open the legs or you can pass from the knees. Forget about the old school Gi way of opening the closed where you wedge your knee in your opponent’s butt and push on one leg. That is very hard to do in No Gi (at least on anybody good).

A better option that is simple and effective is to put both hands in and force an opening.

Before you scream no-arm-triangle, just bear with me!

The way you insert your arms is very important.

BJJ black belt Guillaume ‘Gile’ Huni of Kimura BJJ Serbia has an interesting way of opening the guard. He inserts both arms in at the same time. The first one is in front of the opponent’s crotch and the second one is in the back, inside of the small space where the opponent crosses the ankles. Before that, he checks on which side the opponent has crossed the ankles because he has to attack the ankle that is on top. He then opens the guard by making a windmill motion. He cannot get triangled because both arms are in and he can’t get no-arm-triangle because the hand controls the trajectory of his ankle.

Try it out, it works great: