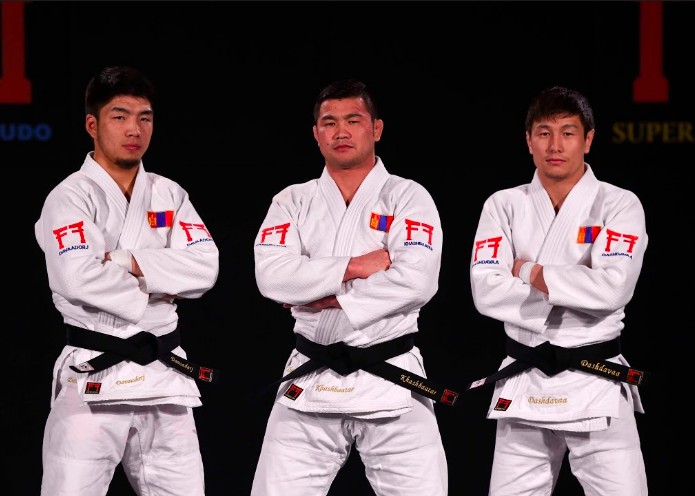 In July 2013, for the first time in history, an IJF Judo Grand Prix was held in Ulaanbaatar, Mongolia. By integrating the World Judo Tour, this event gave its credentials to a country which has already proven its capability in judo.
Regularly present on the international podiums, Mongolia does not need to demonstrate that it is a strong judo country. As is now regularly the case (China, Azerbaijan, USA), the IJF, in cooperation with the Mongolian Judo Federation (MJA), took advantage of the Grand Prix, to launch an educational programme.

Without any doubt, judo has now become a king of sports in Mongolia. If the traditional wrestling has and will continue to have a special place in the heart of the Mongols – to be convinced just attend a traditional Naadam festival – the Olympic title brilliantly obtained by Naidangiin Tuvshinbayar in the -100kg weight category in Beijing 2008 put judo in a special position.

“Judo is now widely recognized in our country,” said the President of the Federation and Minister of Agriculture and Industry, Mr. Khaltmaa Battulga, before adding: “It is important for us to maintain this status. For that we know that we need to develop a strong educational program which will be based on the youth.”

Why is Mongolia so successful in Judo?

They don’t do anything fancy. It’s just hard work since their early childhood.

For conditioning, they stick to teh basics and work out in nature: mountain run in the snow. this is what makes them physically and mentally strong.

Mongolian Judokas and Wrestlers are also known for their hard core training methods which you can see in the following two videos.

Do you think you train hard?

These videos showcase the growth of Judo in Mongolia and their crazy training regime: