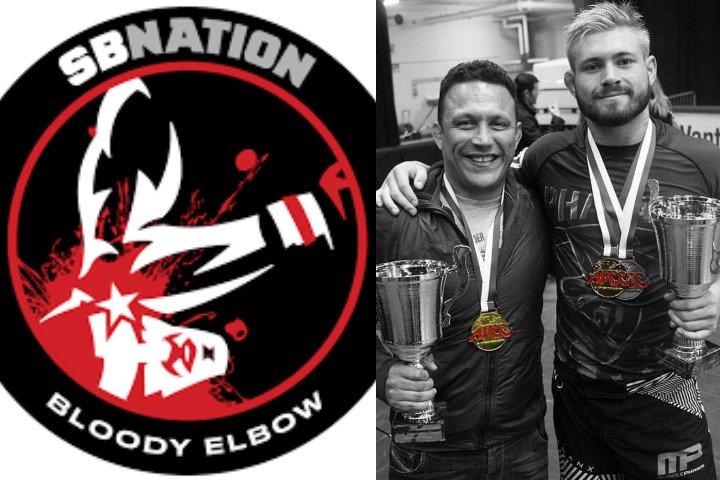 Bloodyelbow.com, one of the biggest MMA new websites has just released an article written by Karim Zidan calling out Flosports (owners of Flograppling) for supporting ‘Black Lives Matter’ movement while at the same time supporting 3x ADCC champion Gordon Ryan with his own podcast on Flograppling, who they claim is a racist and xenophobe because of his recent instagram posts: 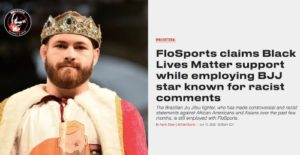 Ryan has been vocal about his views on Covid 19 lockdowns, the George Floyd protest and generally people who do not want to work hard (unlike him).

Bloodyelbow highlighted a few of Ryan’s statement which they deemed Racist: 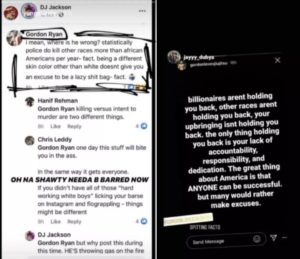 Ryan reacted to the news in typical Ryan fashion, essentially not caring and promising to keep freely speaking his mind:

“For every hate comment i get i get 3 silent dms in agreement with my stances. People are afraid to voice their (also logical) opinions in fear some crazy mob of wackos will attack them. Well f*ck them. If we all just mind out business and turn the other cheek (like most successful people with limited time do) these p*ssies will take over the entire country. Its already happening. Taking away the police? encouraging handouts? Saying its ok to burn and rob personal property. I even heard a girl on main stream media saying that not wanting people to break into your house at night and kill/rob/rape you is white privilege. I think we are all in agreement that racism isnt ok. Speak up! This is f*cking ridiculous and this is America. If someone doesnt like your opinion tell them to go f*ck themselves. Its as simple as that.”