MMA Legend Marco Ruas: “To Be A Complete MMA Fighter, You Should Spend 3 or 4 Years Doing Each Art.” 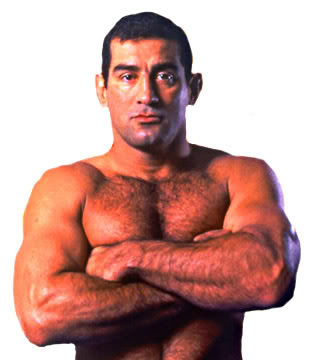 Marco Ruas  is an MMA/Vale Tudo legend that was UFC 7 Tournament Champion and is considered one of the earliest examples of the complete mixed martial artist, highly skilled in both striking and grappling. He now lives in Southern California, where he teaches the art he created: “Ruas Vale Tudo”, a hybrid of Brazilian submission fighting and kickboxing. He has instructed fighters such as Pedro Rizzo and Renato Sobral. He is also a black belt in Luta-Livre, who faced up a legendary quarrel against the brazilian jiu-jitsu fighters in the 80s and 90s. After the match against Fernando Pinduka he started training in Brazilian jiu-jitsu with Osvaldo Alves. Later he trained with Joe Moreira before his fight against the Russian boxer Yuri Vaulin. Seeing his good skills in grappling, Moreira gave him a black belt in brazilian jiu-jitsu and caused a commotion among his fellow Brazilians.

In a interview with Robert W. Young of Black Belt Magazine, he discussed his sport and what it takes to be a complete MMA fighter:

“Ruas vale tudo is a real sport that’s good for everyone,” he says. “In class, you don’t have to use strength to crunch or punch your opponent. All you need is technique. American students like to compete, so that is good, too,” he says.  “The best way to become a good fighter is to train in arts that give you what is good for you. That’s because there are no complete fighting arts. Thai boxing is good standing. Jiu-Jitsu and Luta Livre are good on the ground. I created Ruas vale tudo to give students everything they need — on the ground, standing up, wrestling — to become a complete fighter.”

Marco Ruas on what it takes to become an accomplished MMA fighter:

“You should spend three or four years doing each art,” he says. That can quickly add up to decades of training and testing before you’re ready to found a new self-defense system like he did.