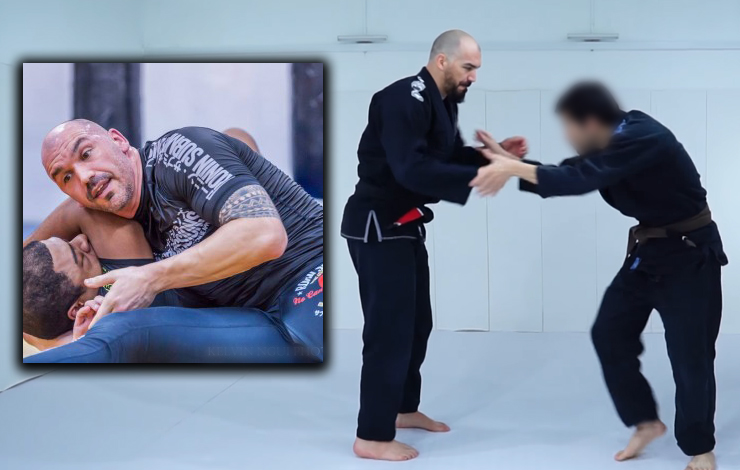 A certain MMA instructor was just sentenced for 4 years in jail. The man charged is Joshua Robinson – former MMA fighter  and the man behind a somewhat popular youtube channel Ronin submissions.

Last video Robinson posted dates just a week prior to the sentencing.

And just in case you’re wondering where you’ve heard of his channel he appears to be the one responsible for the Bane hates IBJJF parody that went viral earlier this year . 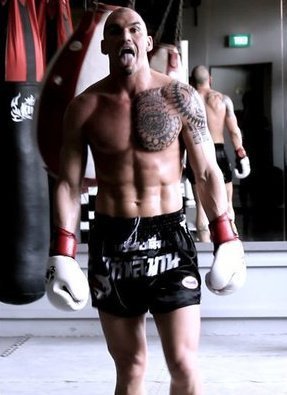 The charges are quite shocking but perhaps even worse is what the officers have seen in his apartment when it was raided. Robinson has been charged and now convicted for sexually assaulting 2 teenage girls and filming the assaults for his own “perverse pleasure” .

Josh began training Mixed Martial Arts in the dark days of the sport in 1998 when old school UFC legend, Keith “The Giant Killer” Hackney opened up a school in the suburbs of Chicago. 17 years along, Josh has been a tireless and outspoken ambassador for MMA and Grappling sports. Sharing his knowledge and starting programs at gyms all over the United States and in Asia. Josh still trains/spars 5 days a week and does grappling seminars all over Asia. He’s always pushing new techniques and is constantly embracing techniques from Sambo, Catch Wrestling, 10th planet and any other form of grappling he can find and implement into his game. Disciplines: Mixed Martial Arts, Sambo, Catch Wrestling

However Robinson can be seeing rolling in a bjj gi with a black belt and the instructor stripes on his own youtube channel. It is unclear at this point if he is a legitimate jiu-jitsu black belt.

Robinson, initially from Wisconsin USA was arrested in Singapore where was teaching MMA at the time of the incidents.

“I have wanted to find as young as possible. I think 13 would be ultimate. But 15 is youngest,” he said in a text message to her according to todayonline.com.

Robinson plead guilty to 9 charges – 3 for the sexual assault of 2 15 year olds and 5 for obscene films and onther one for showing an obscene film to a 6 year old girl.

Robinson was caught in June 2015 after his second victim “had a mental breakdown and cried” and went to the police. Robinson met the victim in question on a social networking site called MeetMe according to channelnewasia. Following the exchange of phone numbers 39 year old Robinson pressured the 15 year old into meeting him. In addition to exchanging nude pictures, Robinson described in detail what he planned to do when they met up. He had lied about his age, claiming he was 27 and revealed he had a fetish for schoolgirl in an uniform.

The pair met on Jun 23, 2015, at Clarke Quay MRT station. She wore her school uniform and no panties, as Robinson requested, and he took her back to his home at Riverwalk Apartments.

At the apartment, the girl became nervous and called a friend. While she was on the phone, Robinson took her into his bedroom and sexually assaulted her, and filmed the assault on camera.

The girl told her parents about the assault later that day, and they took her to the police. Robinson’s apartment was raided two days later.

Officers found the obscene films during the raid. They also found a folder labelled “Fifteen”, in which Robinson had saved 12 films of him having sex with another 15-year-old girl he met on dating site OkCupid in 2013.

Robinson first sexually assaulted the girl in his apartment in September 2013, and on multiple occasions after. The victim said Robinson was “tall and muscular”, and she did not dare to stop him. He also filmed the sexual assaults without her permission, and when she asked him to delete the videos, he said they were for his own viewing.

Robinson has been released on bail since the initial arrest. Only a month after the release he showed the 6 year old an explicit video of him and his girlfriend engaging in sexual activity.

The girl’s father had brought her along to bjj and while the father was busy training Robinson approached the girl showed her the video and instructed her not to tell anyone. She had told her mother the subsequent day.

Deputy public prosecutor Nicholas Lai sought a jail term of four to five years for Robinson, calling him a “sexual predator” who “groomed and morally corrupted his young victims” and “coaxed them into having sex with him”.

Robinson sexually assaulted both victims on their very first meeting, DPP Lai said according to channelnewasia:

“He should have known better than to have initiated an illicit sexual affair with not one, but two 15-year-old girls who lacked the maturity and understanding that (Robinson) was merely using them to satisfy his sexual desires.” 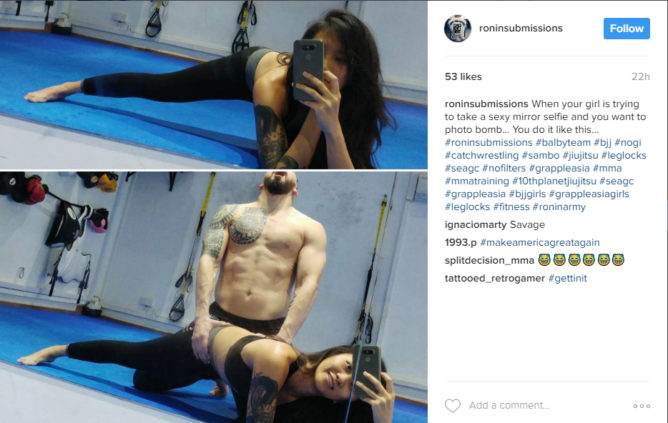 He also taught his last bjj class just this past Saturday in the gym he rents: 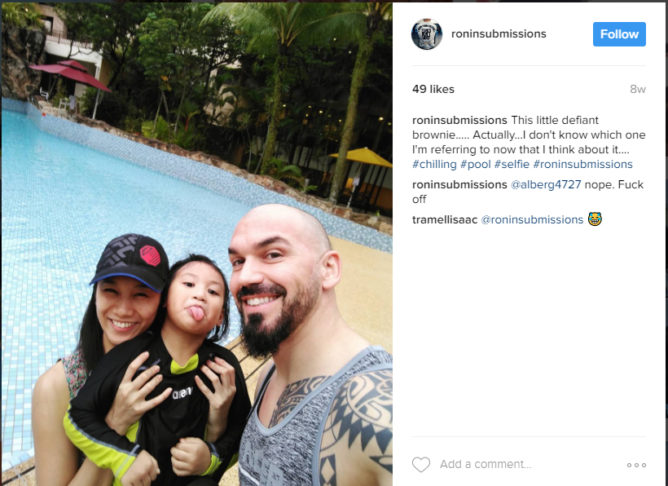