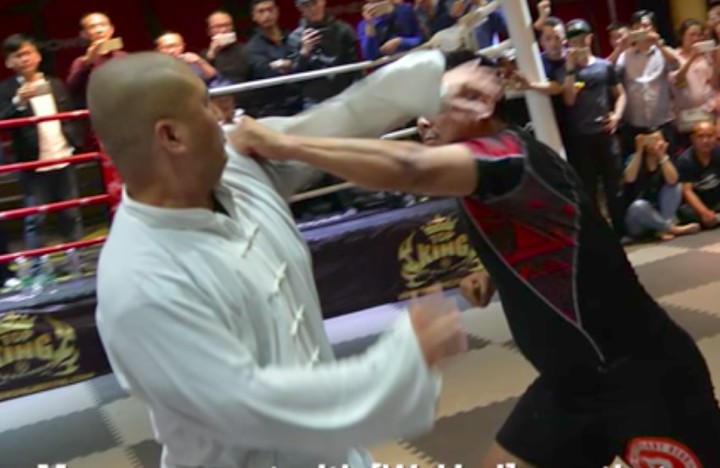 The fight ended before it even began. Police in China swept in and detained controversial Chinese mixed martial arts fighter Xu Xiaodong minutes before his scheduled comeback fight against a Tai Chi master.

The planned fight came just weeks after video of Xu brutally flattening a Tai Chi master went viral – a fight that lasted just about 10 seconds, prompting massive backlash that forced Xu into hiding. Xu, an outspoken self-promoter, has claimed he is on a mission to expose fake masters of traditional martial arts.

VICE News met with Xu at his gym in Beijing earlier this month when he was still preparing for the scheduled battle that ended up not happening.