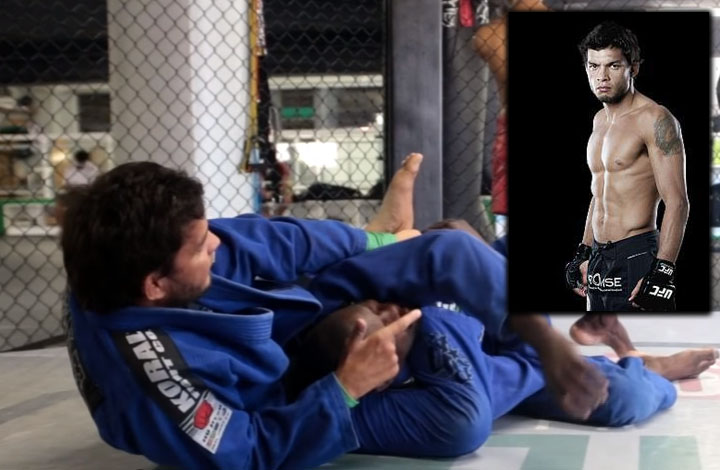 Milton Vieira is an MMA fighter and a member of Brazilian Top Team. He is also widely credited as inventor of the anaconda choke.

He has a unique background as he was also active in Luta Livre. Vieira was promoted straight to BJJ black belt by Murilo Bustamante and competed in several top grappling competitions including Grapplers Quest and appeared at the 2007 ADCC World Championship and also the 2009 ADCC World Championship. In mixed martial arts, he has competed for the UFC, PRIDE, Strikeforce, DEEP, M-1 Global, and Shooto.

“When I was wrestling at Gama Filho University I learned the 3 point roll, which theoretically is the same grip as the hand triangle and from there I went to the gym, started seeing that there was a neck adjustment, started adapting and henceforth a lot of variations began arising. ”

This is how Milton came to a below shown version of the inverted triangle as well starting with the opponent in turtle position.

“I’ll start when the opponent is on all fours, attacking the inverted triangle…”

Sometimes we keep trying to work the collar, this is the time to control his wrist, I really like to control the wrist. 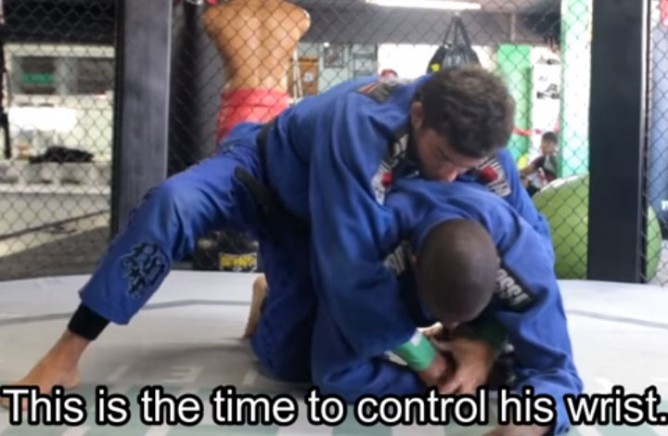 In the gi you have the option to hold the sleeve and perform a close attack.

I pull his arm and bring him almost over me and I seal my arm weighing down on him. 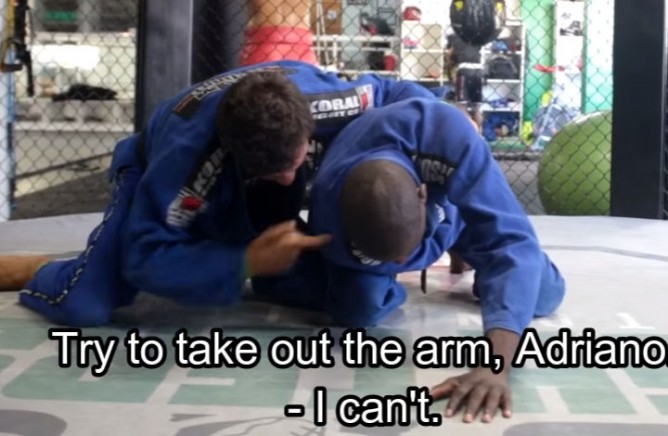 He’s quite trapped here, he’s almost falling here he’ll easily fall. And in this space here I get in with my foot and le down bringing him along easily.

I let go of his hand and grab my shin. Starting now he can no longer open his arm and he cannot get out. 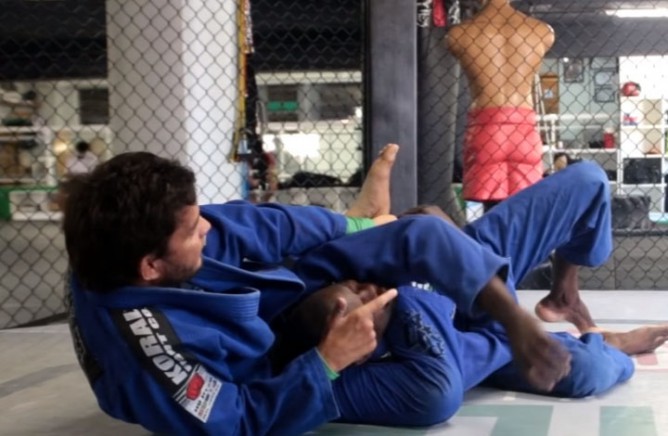 From there, there’s plenty of options for the finish! Check out all the options for locking this inverted triangle up in the video below.