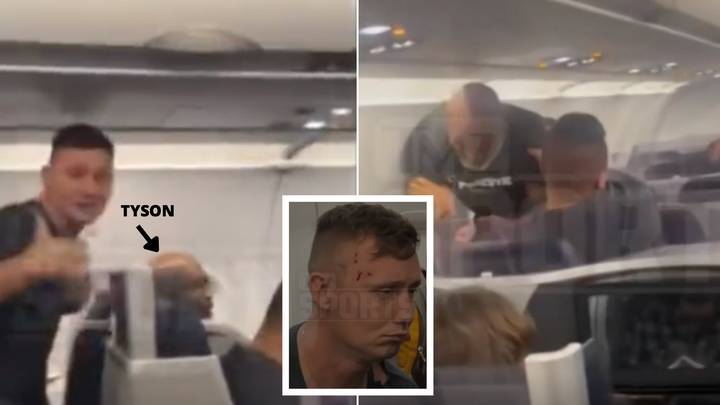 Boxing legend Mike Tyson was involved in an altercation on a plane last night. The incident all went down at around 10:30 PM PT as Tyson was slated to fly out of San Francisco International Airport to Florida.

As you can see on the video, Tyson was being harassed by an intoxicated passenger who kept asking for an autograph.

Tyson lost his cool on the plane on Wednesday night … repeatedly punching the man in the face after the guy had apparently annoyed him.

Sources close to Mike Tyson say that the the man was extremely intoxicated and wouldn’t stop provoking Tyson in his seat.

The witness tells us Mike took a selfie with him … and then was patient with his overly excited buddy, who kept trying to talk to the 55-year-old fighter as he sat behind him.

Eventually, though, we’re told Tyson had enough of the guy behind him talking in his ear … and told him to chill. When the guy didn’t, that’s when the witness says Tyson started to throw several punches at the man’s face.

We’re told the man who was punched received medical attention and then went to the police over the incident.

Tom DeBlass reaction to the incident: