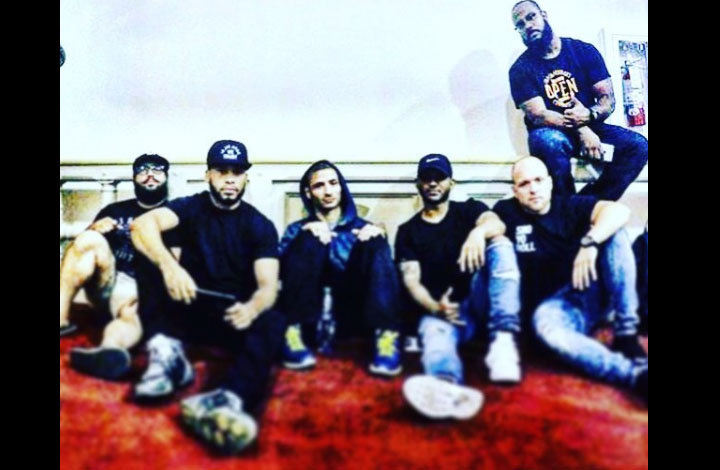 ” Thank you guys for coming out to Cali showing me love and for supporting and just being my boys. Apparently to some it’s wrong to be seen with me these days. We are friends regardless where we are. I’m sorry this has caused you to be asked to leave as well but I’m happy that despite all that, you all have been there and helped me prep for this event. So blessed to have that type of support during such an important time. Thank you guys I love you for taking the time out and sharing this with me.”

At the same time Bronx Martial Arts Academy basked in the success of Danaher Death Squad with their visit following weekend victories.

One of the players asked to leave recently posted:

There is a difference between friends and family. This is part of my family. Loyalty is a two way street. I have gone to war with these gentlemen, bled with them, and with a few shed tears. No one could ever break this bond no matter what happens I will ride for mines. Things change but people don’t, only true colors and intentions are revealed but in the end we shall prosper my brothers it’s our time now. #frankensquad #brothers #family #jiujitsu #nogi #nostrings

“John asked him to not compete because he didn’t feel he was ready. He didn’t train consistently with us, yet would be competing in a major tournament under our banner. Not to say he would never be able to compete. Just not in this one. True john is not his primary instructor. But he’s his instructors instructor. So his word should hold. While garry is my professor, if tom told me to do something I’d do it with no questions asked. John as an instructor does everything he possibly can to help us on and off the mats. The LEAST we can do as students is to abide his wishes. Mike wasn’t willing to wait his turn. Which I find silly because I was in the same situation. There were multiple ebis where I could have competed (155/170) but guess what. Garry and eddie were my superiors and were much better at the time/John didn’t think I was ready yet. So obviously they deserved to compete more. I have no problems with Mike other than he betrayed us and left over something so silly. Johns the one he had the problem with seeing as they had a deep discussion about it. I wish Mike Davila all the best at his new home.”

Mike Davila was recently asked to leave his academy because of his decision to participate in Eddie Bravo Invitational 7.

The name of the gym itself doesn’t reveal the agenda behind this request but upon further look you can see that Bronx Martial Arts Academy is a Renzo Gracie affiliate led by Doug Pelinkovic, Lou Presta and Andrew Johnson (pictured below). 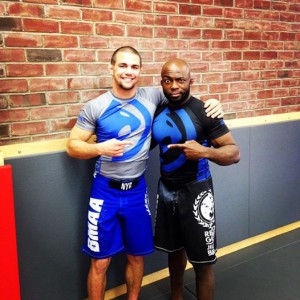 And if you’re looking to find out more about Davila himself this EBI promotional video might be of much help:

Davila appears to be currently a brown belt with 4 stripes as per another posting of his. Prior to the tournament he was one of the names Eddie Bravo highlighted in promotional material.

Reportedly John Danaher refused to shake Davila’s hand upon the end of his match with Eddie Cummings. Davila made it through the first round via heel hook against Joao Marinho and against Baret Yoshida with an overtime armbar.

Cummings defeated Davila via RNC to advance to the finals:

If the commentary was right and John Danaher refused to shake Davila’s hand it’s certainly an interesting move given what Danaher declared in the past on respect for opponents:

Building a culture of respect: One of the favorite moments of my coaching career occurred at the ADCC world championships. My student Garry Tonon squared off against the very talented Dillon Danis, student of the great Marcelo Garcia. The two had a rivalry and met in the first round of the tournament. After a fierce exchange of technique, Mr Tonon prevailed with a very powerful heel hook. In a gesture that made me far more proud than the actual victory, Mr Tonon immediately went over to check if his rival was alright, then went to bow and shake the hand of his great coach and mentor – showing his respect for all his wonderful achievements in the sport. I dare say that that bow and handshake made me more proud than all the leg locks, armlocks and strangles my students have performed put together. Respect for an opponent is the foundation of the martial arts. It is what distinguishes the martial arts from mere violence. If a man fights another with hate in his heart – it is a fight. If he does so with respect in his heart – he is a martial artist. Remember – in the end, whatever trivial differences there are between teams and schools, they are insignificant compared with the many similarities- there is so much more that unites us than separates us. Building a culture of respect is the basis of our enterprise. Photo: Tiago Molinos