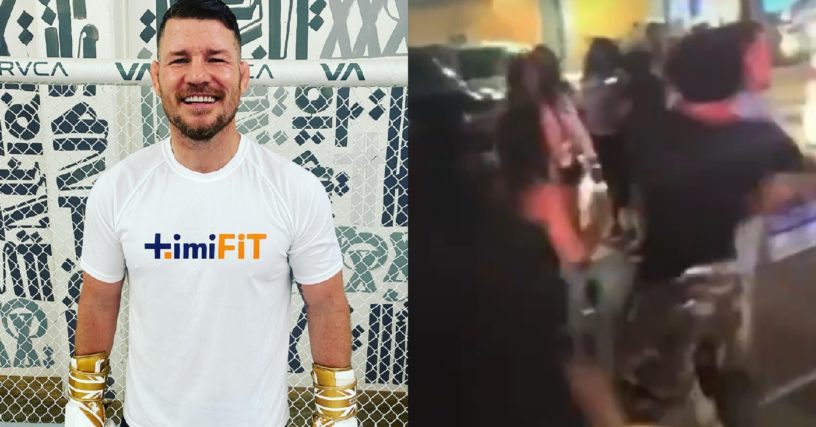 Michael Bispin – former UFC middleweight champion – shared on his Twitter account that he was physically assaulted in New Orleans last Saturday.
He was filming on a street when a stranger got into his face. After he was told to go away, the man punched Bisping.

It must be the case that the man didn’t know that he person he attacked was a world champion in MMA. Bisping himself had often recounted tales of his street fights, prior to getting into mixed martial arts.
However, all he had to say about this incident was that he simply laughed and walked away, due to the fact that he is “mature these days.” Here’s what he tweeted:

was just assaulted 😂 guy got in my face for filming on a public street. I told him to go away and he punched me 😂was literally so soft I laughed at him,So funny that someone that acts so tough hits like such a bitch, I laughed and walked away. Man I’m mature these days 😂

Later on, Bisping also managed to tweet a photo of the man, urging those who may know him to inform the person about his lack of punching power.

Bisping is an MMA legend, notorious for the trash talk which he utilized throughout his UFC career. He most notably used it against Luke Rockhold, whom Bisping knocked out in 2016 to claim the UFC middleweight title.
These days, Bisping is a UFC commentator and an analyst for BT Sports.

Now it seems that Bisping has come across a video of that same man, hitting another person in the streets of New Orleans. Posting to social media, you can see the man in question notably wearing a neckerchief, throwing yet another weak strike at a presumable stranger’s face.

“This is the same a—hole that punched me last week. Can you believe this 😂” Bisping wrote

“Thanks whoever sent this to my kids. Pants, hair, belt, neckerchief, New Orleans. Can’t believe someone found this haha.”

This is the same asshole that punched me last week. Can you believe this 😂thanks whoever sent this to my kids. Pants, hair,belt,neckerchief, New Orleans. Can’t believe someone found this haha. pic.twitter.com/wunRnSaTWZ