Mica Galvao: “I Was 13 When My Dad Dropped Me Out Of School So I Could Do Full-Time Jiu-Jitsu” 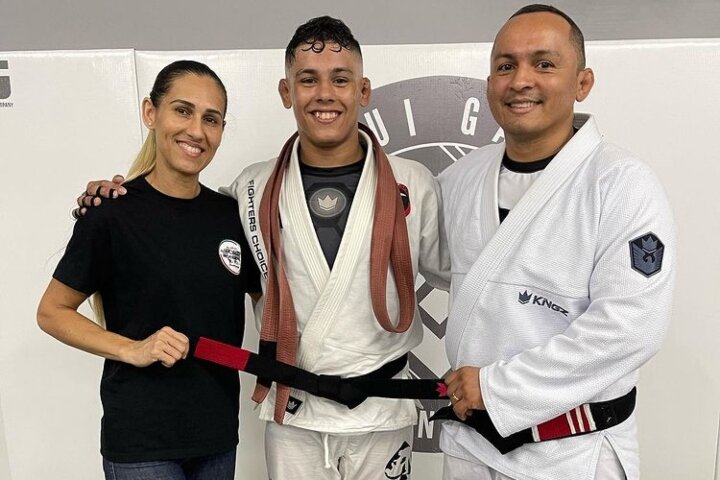 Mica Galvao is one of the fastest-rising stars of Brazilian Jiu-Jitsu. He’s already defeated a number of elite champions, such as Leandro Lo and Lucas “Hulk” Barbosa, despite being just 18 years old.
Of course, there have been many sacrifices on that road to success. In fact, it was Mica’s dad who pushed him in the beginning – even dropping him out of school when he was 13.

Mica wrote all about it in a recent Instagram post. About the sacrifices, but also the belief his dad had in him:

When I was thirteen the old man dropped me out of school so I could do full-time JIU-JITSU.

I’m not telling you to do that. He believed in my talent too much, he believed in his work and our commitment.
I saw him selling our stuff, lending money and asking for sponsorships… Always saying I would be one of the greatest athletes of all time. And the answer [of those listening] was pretty much the same: long chair teas, distrust, laughter.

Mica now understands the distrust these people had. And therefore, he’s even more grateful for what his father has done for him:

I don’t blame them. Who in a normal situation would believe him [Mica’s dad]? They told him to turn me in, that I should be trained by a champion because alone we wouldn’t make it.

The answer he gave with a lot of anger was always the same. “No champion loves my son more than I do, let’s give it a way, thank you for your opinion.”

He’s immensely proud of training and pushing forward with his father to his side, giving respects to all parents and children that do it as well:

I know I’m not even close to being the greatest in history, maybe I won’t even become one. But today I live from this sport and I have great recognition.
Plus, I’m sure that one day people will remember what we did and that memory will give them strength to do great things too. And in the end, that’s what will be worth it.

I wanted to leave my tribute and my encouragement here to all the parents who, together with their children, fight for a better life. Don’t give up and don’t let other people tell you what you are or cannot do.