Message To The White Belt Who Just Started Training BJJ 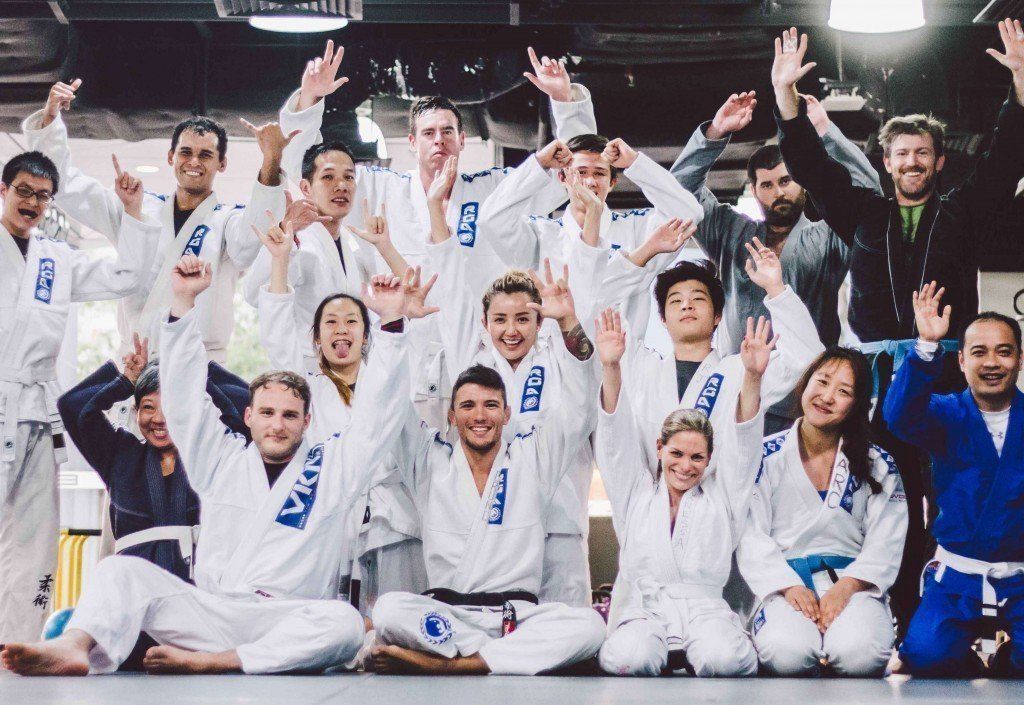 To The White Belt Who Just Started BJJ:

One of the toughest belts to be is a white belt. We know there is a good chance you are rolling your eyes at what we’ve just said. You’re probably muttering to yourself, “yeah right” or “whatever”, but mutter away because it’s true. Getting started and achieving a routine are the most difficult things to do for any martial artist. Any martial artist who’s been training for awhile can easily make time for training – but finding the courage to step onto the mats for the first time and learning to love it, despite how confusing it all seems, trumps it all.

Please don’t worry about being a white belt and earning your stripes. Being promoted should be the last thing on your mind. I know this might be difficult to understand especially after seeing all those congratulatory posts on social media on someone’s blue belt. But trust us, once you get your blue belt, it doesn’t get any easier. A new belt won’t give you any superpowers. The only belt that should matter is one that your instructor gave you. Focus on your own journey, you’ll eventually get your next belt if you keep on training and improving. This, we can most certainly guarantee.

Being consistent is a very important aspect of training BJJ. The longer the break you take from training, the harder it is to get back into it.

It’s tough being a white belt. You feel like bait in an ocean full of sharks, constantly avoiding the great whites (the higher belts) because you have no idea what you’re doing. The only way to get through this is to keep on training. Sure, it might take some time to understand a technique and sometimes, you might feel like you’re OK, but then another training day comes and you feel like you’re back at square one. Or maybe you’ve already started sparring but you feel like you’re always being eaten alive by anyone you bump fists with. Or you watch your BJJ instructor roll with one of the higher belts and you think – wow, I’ll never be that good.

There’s a reason why they call Brazilian Jiu-Jitsu “the game of human chess” — it’s about using strategy, leverage and technique against a bigger, stronger opponent. Contrary to what you might believe now, it’s not all about strength. Just because your opponent is two times your size, it doesn’t mean that he can tap you out. Well, maybe he’ll be able to today, but eventually his strength won’t work anymore.

If you think you’re the only one who feels this way, you’ve got it all wrong. Everyone feels this way, especially when they’ve first started training. And if you think it will get even harder as you progress, you’ve got it all wrong (again). Your body will eventually get used to the movements and techniques, and it will eventually feel like second nature. But before you get there, you need to KEEP ON TRAINING. You need to erase this idea that you won’t get any better; that you suck, etc. You need to let go of all this negativity, because it won’t make you better at BJJ. The only thing that will make you better at BJJ is training BJJ.

You see the problem isn’t because you’re a white belt. It’s because you’ve created this idea in your head, that you just aren’t good enough — that you’re not strong enough or talented enough to become a World Champion. You need to let go of these thoughts because they will turn into excuses and eventually reasons for quitting altogether.

We promise that one day, everything will feel so effortless. You’ll eventually spar someone and tap them out, maybe more than a few times. You’ll get more stripes and you’ll earn your new belt and the next. But in order to get there, you need to keep on training. You need to embrace your martial arts journey and take it one step at a time. There’s no rush. It’s not a competition.