Mental Tip: A BJJ Competition Is Just Like Going To Train At Another Academy 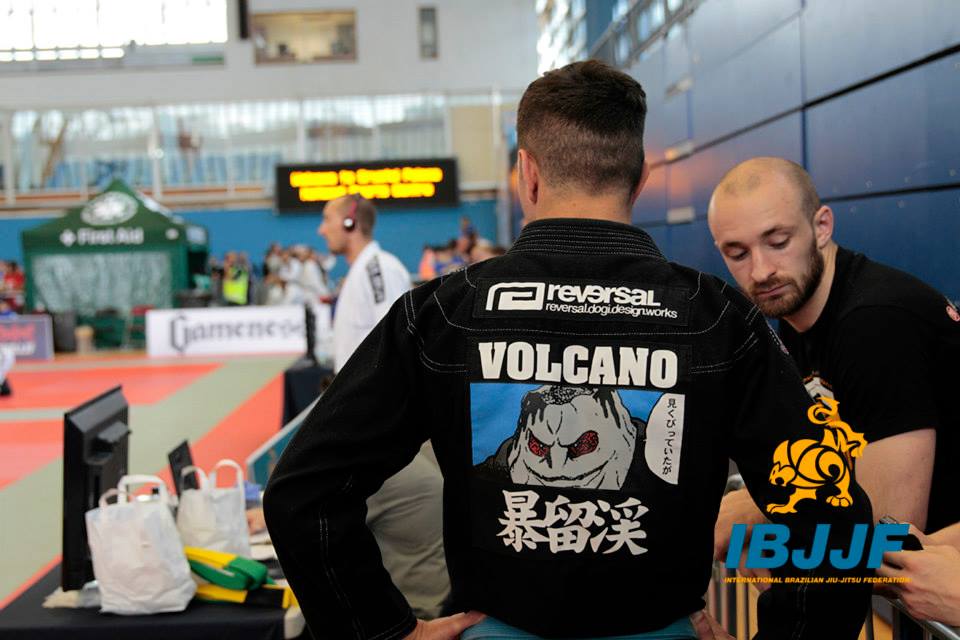 „Well, I just hope that I don’t fall asleep from waiting, rather than from being choked out“, says one jiujiteiro to another as he waits – for the fourth consecutive hour – to hear his name on the speakers and finally face his opponent.
Oh, but he’s far from falling asleep. Yeah, sure, he’s tired from waiting, but… But, for the most part, he’s beyond nervous as he looks towards the stands. It’s where his teammates, family and friends are sitting and waiting to watch him compete. He is thinking about all of the techniques he has practiced, the weight he has shed and that one lousy time he got tapped by an ezekiel choke in the last 10 seconds of a match. „Damn it“, he continues, „if that happens again, I might as well just turn to practicing leg locks full-time.“

Competitions can be very taxing on the mind, and they most often are. While it is understandable that they can make a jiujiteiro nervous – after all, the months and years invested into training are best tested on the tournament mats – it is never okay to let anxiety stop you from giving your best shot.
And, while there are millions of tips out there on how to make a competition into a positive experience, we just might have the best one so far: BJJ competition is just like going to train at another academy.

Just think about it: the essence of going to the mats to either compete or to train and roll in a new academy is the same. It is that you’re rolling with new people.
Does going to another academy make you nervous? It most likely does. You’re rolling with people that have different skillsets than yours, who know things you don’t and that pressure you into using your own skills to the best of your abilities. Which, hmmmm… Sounds familiar, doesn’t it? It’s the same thing as it is in competition.

Both are opportunities to go out there and test yourself. To see how you cope with people outside your immediate training environment, to utilize that which you’ve already learned in the best possible way that you can… That’s all that there is to it and there’s no need to stress out too much. At the end of the day, tournaments are ultimate learning opportunities which can help you develop into a better jiujiteiro.
This is a wonderful way to get rid of that performance anxiety when competing in front of the people you know. You need to look inwards: in training, you don’t practice for the sake of spectators but because of yourself. So, let matches be the same way.

Also, take a moment to read on what Josh Hinger had to say on Instagram about tournaments: he states that they should be approached in the same fashion that training rounds are. Each training round represents another window for either success or failure… And it isn’t always up to you to decide which one it will be.
It is yours to decide to keep on rolling. To keep on training, to keep on competing, to keep on showing up – and it is only through that sort of a mindset, mixed with a more relaxed one which we’ve spoken about in this article, that you will reach certain success.

Tournaments are just like training rounds. In a training round, at any moment shit can go sideways and you get smashed. The round ends, you pick yourself up, shake it off and find your next partner. New round, new opportunity. Tournaments are no different. Each tournament is an opportunity. And at any moment, shit can go sideways. The opponent can pull some ninja shit that you’ve never seen. The ref can make a mistake. Maybe there was a rule that you weren’t clear on. Maybe you slip, or cramp, or your knee pops.
Maybe dumb luck and bad timing puts you in a bad position. Whatever the case, you have to pick yourself up, shake it off, and move forward. The greatest champions of the sport lost a lot before they became champions. I know so many people who failed at the same tournament year after year, until finally their day came and they handled business like they always dreamed. No road to gold is ever smooth. It’s an uphill dirt road filled with potholes, ruts, obstructions, and shitty people who are trying to take you off course. But when you finally get to your destination, you can look back at that shitty, busted up, death trap-filled path that you somehow navigated and you’ll be thankful that it wasn’t an easy road. You’ll look back on it, and all the obstacles that you overcame and you’ll feel a sense of pride.
You can proudly proclaim that today is your day. Today, you are the champion. And you’ll be grateful for all those obstacles that made you the tough SOB that you are. Keep your head up. Your day will come. And a massive congratulations to my friends who finally got that gold they’ve been chasing for so many years.