Megaton Dias: Brother, If You’re a Grappler, Why are you Standing and Trading? 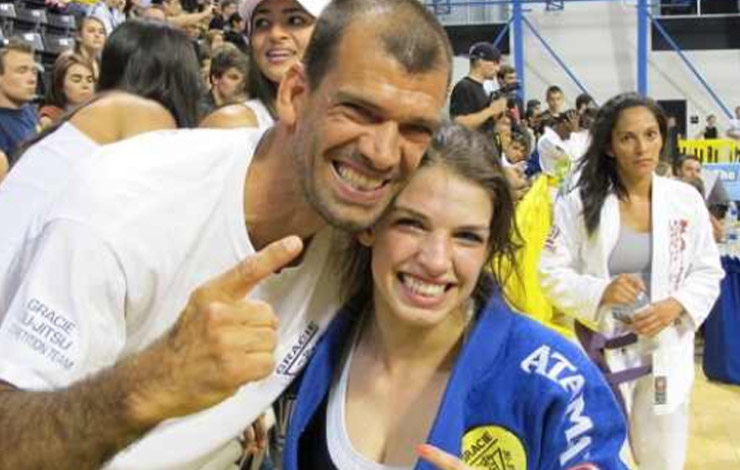 Megaton Dias is one of the toughest grapplers around.

But nowadays eyes are turned to his daughter – Mackenzie Dern who is carrying the BJJ flag and representing in the UFC. Dern’s debut in the UFC made her record 6-0. Here’s what Megaton had to say about his daughter fighting:

“I think she will get to the top because she’s talented,” Dias said to mmafighting. “This fight was a little close, but it is what it is. She won, that’s what matters. She has time to evolve and get better and better now, fix the mistakes here and there.”

Interestingly Dias doesn’t shy away from jiu jitsu even though both Dern and the recently transitioned Garry Tonon are trying to proove themselves standing:

”I come from that classic jiu-jitsu, and many people make the transition from jiu-jitsu to MMA and decide to strike. Brother, if you’re a grappler, why are you standing and trading? What are you trying to prove? Okay, I understand that you have to learn how to strike, of course, but use your striking to close the distance and take your opponent down because that’s what you’re good at. You do jiu-jitsu your entire life.”
”I was like ‘pull guard, take her down.’ I was f***ing nervous to watch her standing, afraid that a punch might land,” Dias said with a laugh. “‘Hands up! Move to the left!’ I was too overexcited, I wanted the fight to be over quickly. You see that when she took her down, that was her game. Not that she doesn’t know how to strike, she does, but if you’re a jiu-jitsu fighter just take them down and choke them.”

And as for how hard it is to see Dern fight:

“Jiu-jitsu also has injuries, but it’s different,” he added. “A guy was training MMA here in my gym recently and went for a takedown and ended up accidentally hitting his friend’s knee and fractured his orbital bone. I said ‘oh sh*t, imagine someone hitting that for real.’ That concerns me. Man, a beautiful girl like her… Some people can fight MMA because it might actually help their looks [laughs], but my daughter is really beautiful, right, brother? I made her with love, so you get nervous about it.”

Mackenzie Dern managed to hype up the audience sufficiently and in return her wish to fight in Brazil is coming true. The young bjj prodigy will be appearing at UFC 224 in Rio.

UFC 224 is headlined by Nunes vs. Pennington is an upcoming mixed martial arts event produced by the Ultimate Fighting Championship that will be held on May 12, 2018, at the Jeunesse Arena in Rio de Janeiro, Brazil.

Just the beginning… was great to be there in the octagon. No where else I would rather be. Let’s keep climbing this mountain! – Dern wrote after first victory.

Meanwhile Dern is scheduled to appear at an amazing camp –  undefeated UFC fighter and multiple World and ADCC Champion Mackenzie Dern will be leading a BJJ/grappling camp in Barcelona, Spain 29,30 june, 01 july 2018. 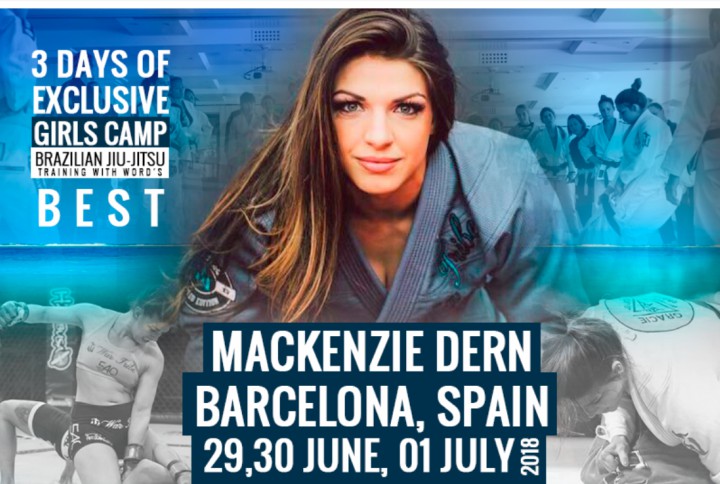