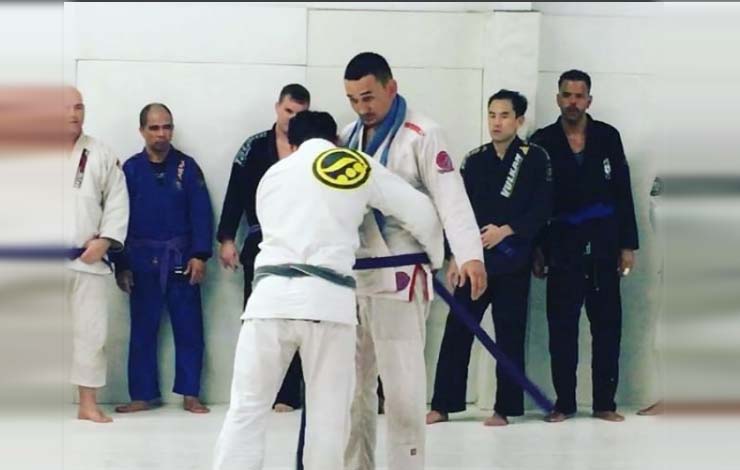 It’s no secret young up and comer in the UFC featherweight division (and current interim featherweight champion) Max “Blessed” Holloway is deeply infatuated with bjj. Earlier last year he was quoted saying:

When prompted about tips and advice to achieve fit lfiestyle Holloway said:

“ Practice jiu jitsu if you want to lose weight. You’ll actually learn a different lifestyle. There’s a jiu jitsu lifestyle way which is pretty cool and pretty healthy, too…I see people losing about 40 pounds in six months. They (also) train their eating habits outside jiu jitsu for sure.””

Holloway just turned 25 this past December! No doubt a shiny future is ahead of him, perhaps even facing longtime bjj-er, the newly instated featherweight champion Jose Aldo!