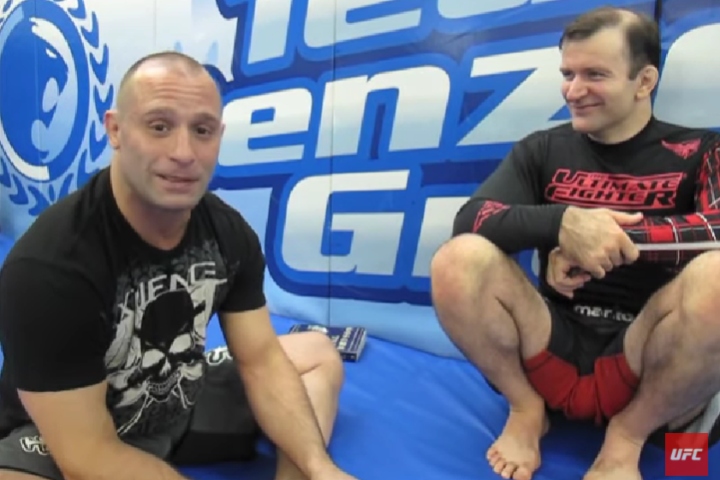 Matt Serra knew how much of a genius John Danaher was, long before he became well-known in the BJJ circles. Furthermore, the two have been good friends for quite a while as well.

For instance, the video below depicts them having a great time ahead of UFC 119 – which took place in 2010! Serra was preparing for his upcoming fight against Chris Lytle… And wouldn’t you know it; Danaher was “famous” for wearing rashguards even back then! Serra can be seen laughing with him, explaining how he looks like a Batman everywhere he goes. He also jokes about Danaher being on the TUF 12 with Georges St-Pierre simply because free rashguards are being given out.
Plus, he’s wearing a fanny pack too. It seems that not much has changed with Danaher’s fashion sense since then.

The two also share some rather funny anecdotes, as well as joke with a waitress in a restaurant. Check it out on the video below:

And, as it’s mentioned in the beginning, Matt Serra is well-aware of Danaher’s genius when it comes to grappling. At one point, he says that they can’t show everything because he [Danaher] is showing some “secret stuff”… And that he spends a lot of time analyzing and learning about fighter’s styles and techniques.