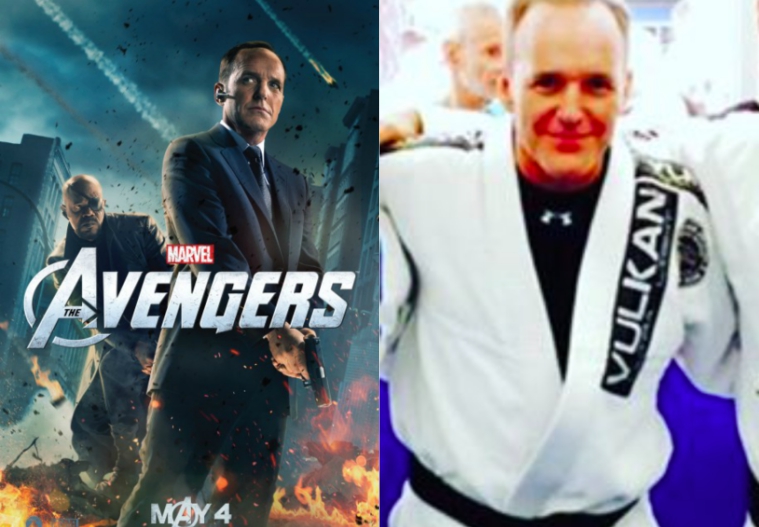 It’s no secret that Brazilian Jiu-Jitsu has been becoming increasingly popular lately. For instance, a lot of well-known actors have started training it, and some of them are climbing through the belt ranks with astonishing effort – such as Tom Hardy. However, some actors have been training for quite a while. They began rolling much before the BJJ “craze” started, and they have been black belts for some time already.
Marvel Universe’s Agent Coulson – real name Clark Gregg – has been a BJJ black belt all the way since 2015!

HOW DID CLARK GREGG GET HOOKED ON JIU-JITSU?

How did it all start for Clark? It was while he was working on “Spartan” (in which he acted as Miller) that he was introduced to BJJ. He was struggling for a while and then took some time off the mats, but eventually – as it happens with most people – he got hooked to the Arte Suave.

And then, despite his commitments as an actor, Clark managed to continue training on a regular basis with Renato Magno. It took him 5 years to get his blue belt… Which just goes to show that he wasn’t given any special treatment.
The persistence paid off, because he received his brown belt in December 2013 and his black belt in December 2015.

This is what the actor had to say about Jiu-Jitsu in an interview with Fox Sports:

It’s such a parallel to the things that happen, the physical stuff that happens on our show (Agents of Shield). The amount of dialogue you have to pull off, the pressure of shooting a small action movie in about eight days that would be at least two months on any film. I just started noticing myself going into similar breathing rhythms in life that I was doing in Jiu-Jitsu.

In Jiu-Jitsu, every instinct you have wants to do everything but (to) relax or breathe when someone’s attacking you, and learning that takes a long time. I think that’s why a lot of people stop at blue belt, because it’s really hard to do. It’s hard to take that next step. It took me a long time.