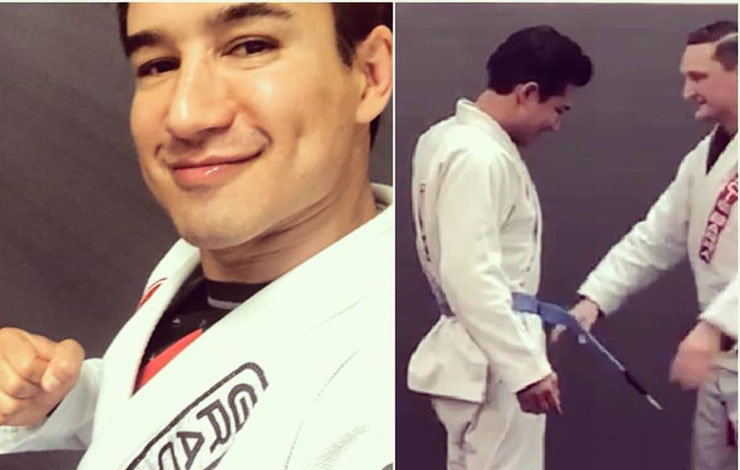 Saved By The Bell actor has been considered a fitness phenom for a number of years. He is known for taking chances – he’s done tv movies, exercise videos but also reality shows. Some claim he never lost the “wrestler’s body” that made him an adolescent star.

A few months ago Dominic started training with us, and was soon followed by his father Mario. Check out a mini tiny champs lesson we filmed! @mariolopezextra – Sneak peek inside a Jiujitsu class with me & Nico! You can watch the full video on my youtube channel. Link in bio… #TheLopezFamily – #graciebarra #gbglendale #bjj

And now about a year since he was first spotted doing bjj – he has received his bjj blue belt!

In the past he’s been quoted saying (via bodybuilding.com):

You know, staying healthy is a top-of-mind thing for me. It’s woven into my DNA, I guess you could say. I just feel I’m at my best at work and at play when I’m taking care of myself physically. And I’m never satisfied, I think that helps. I always want to improve and get better. Whether I’m boxing, running or lifting weights, each day I look for a challenge and get after it.