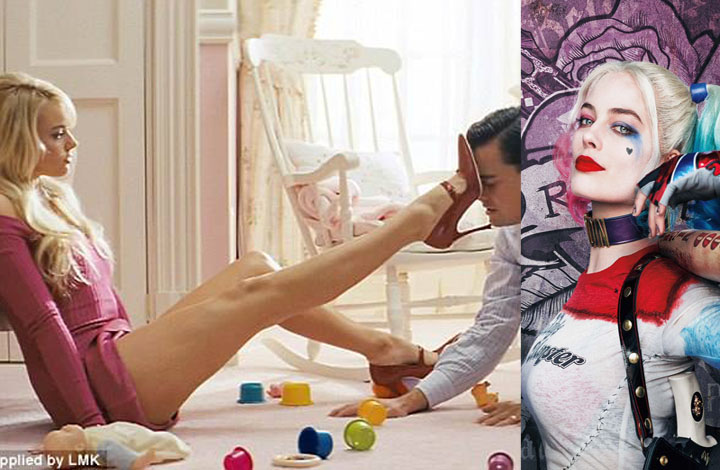 Much of the Suicide Squad press was directed toward Jared Leto and his Avant-garde approach to playing the joker. But the hottest casting is Wolf of WallStreet standout – Margot Robbie.

Robbie had the challenging role of living up to legendary comic book antihero character Harley Quinn. 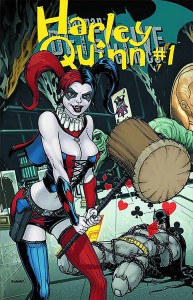 What is Harley Quinn? That scariest of all circus anomalies, the sexy clown. “She loves causing mayhem and destruction,” Robbie told me. “She’s incredibly devoted to the Joker. They have a dysfunctional relationship, but she loves him anyway. She used to be a gymnast—that’s her skill set when fighting.”

The character of Harley Quinn was originally created by Paul Dini and Bruce Timm in the Batman: The Animated Series in the 1990s. A psychiatrist-turned-villain, the character, whose real name is Harleen Frances Quinzel, shared a complicated love affair with supervillain The Joker. Later on, she was one of the first comic characters to be in a homosexual relationship.

The role demanded Margo perform a number of stunts in addition to everything else. She revealed she performed all of the stunts herself including some acrobatic stuff!

She trained for 6 months prior to filming and her routine included Jiu-Jitsu, she trained with the stunt team in Australia’s Gold Coast she told New straits times online:

“The physicality was a massive component of playing this character. David wanted to integrate the stunts into his film and wanted his actors to perform them. It was a great idea because I didn’t want to hand Harley over to someone else for half the film.” 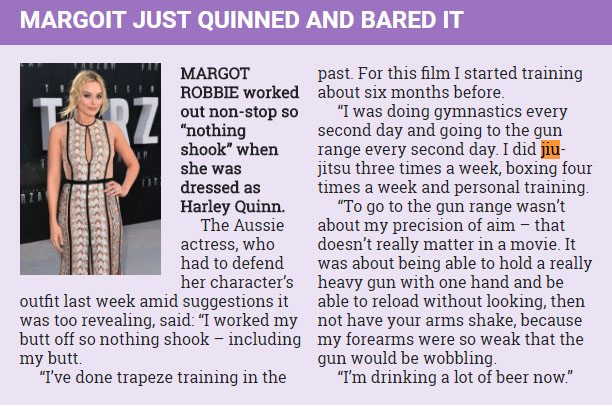 Her daily training included gymnastics, Jiu-jitsu and sessions at the shooting range.

“It was necessary to practice holding up two revolvers and not have my hands shake because my arms were so weak from the other training sessions.”

Robbie also surfs in her free time. Over her break from promotional duties, a pap agency caught her in a peculiar pose:

Photo cred to the creepy pap hiding in the bushes. Thanks for always catching me at my best angles #blessed

You can watch the comicon Harley Quinn trailer here: