Marcus Buchecha Reacts to Gordon Ryan signing with ONE Championship, Open To Facing him in MMA 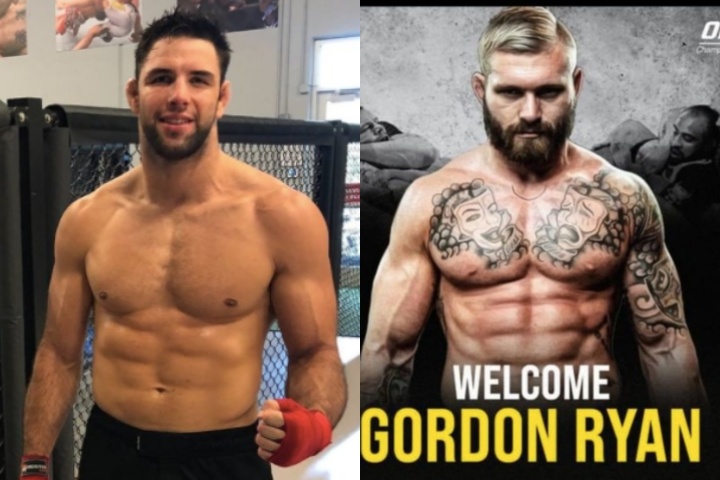 One Championship president Chatri Sityodong has dropped a bombshell earlier this week. The Asian MMA organization has signed 3x ADCC champion Gordon Ryan to an MMA and Grappling contract.

“BREAKING NEWS: Gordon Ryan has signed with ONE Championship for both mixed martial arts and submission grappling! As the world’s greatest grappler of all time, Gordon joins the world’s most elite group of active GOATS in martial arts!

Ryan yesterday too to Instagram to give moore insight into the deal. He will competing first in Grappling for One, and could be tempted to transition to MMA if he chooses to. He is only 25 years old and has his whole future in front of him.

“As many of you already know, I just signed a huge deal with @onechampionship. The matches will be grappling matches, with mma on the table if I choose to go that route. Right now, my main focus is ADCC 2022, but if I choose to fight mma eventually, my new home at ONE will be where I debut. I am very excited to see my fans in other parts of the world, but also to rebrand myself as one of the best fence wrestlers of all time. I’ve managed to outpace the competition in the open, so wrestling the fence will present new challenges for me, which is very exciting. I also want to take a second to thank @yodchatri for taking the time to personally talk with me about making this deal happen. I am insanely busy on a daily basis so I can’t imagine how busy he must be. Him taking time out of his days to chat with me shows me that he wants this to be more than a business deal, but a partnership. I look forward to pushing ONE (and grappling) to new heights.”

For the second time, Marcus Buchecha saw his planned opponent at ONE Championship for his MMA debut, drop out. After Oumar “Reug Reug” Kane did not come to an agreement with the organization and left the fight with the Brazilian BJJ world champion scheduled for February, it is now South Korean Ji Won Kang, for reasons not yet revealed, who left the heavyweight contest – according to information from the MMA Fighting website.

The winningest Jiu-Jitsu world champion in history, with 13 titles won, and two-time ADCC champion – the biggest grappling tournament in the world -, Buchecha was supposed to face Ji Won Kang on April 7th. However, for a reason still unknown, the South Korean, who fought on March 5, when he knocked out Amir Aliakbari in the first round – and reached his fifth knockout in five fights as a professional -, will no longer be fighting . Thus, the black belt still needs an opponent to make his MMA debut.

In this interview with John Hyon Ko for MyMMANews, Marcus Buchecha discussed the cancellation of his debut against Ji Won Kang, Gordon Ryan signing with ONE, Andre Galvao getting slapped:

“I’d be open to face Gordon in an MMA fight in One Championship. ”

When asked about facing him in a grappling match, he was more hesitant since he has been preparing for MMA for the past 6 months.

Check out the interview: