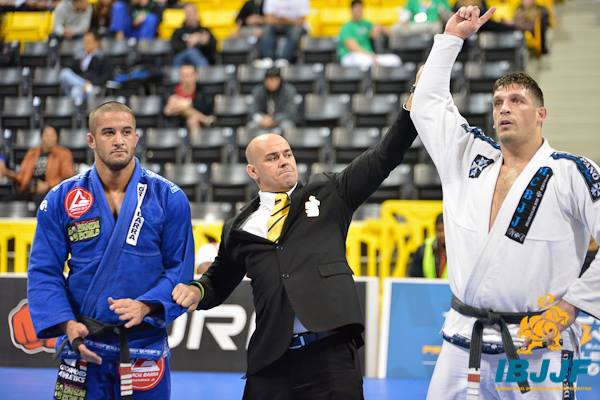 BJJ legend ‘Marcio Pe de Pano’ Cruz has been away from the BJJ spotlight for the past few years. He is currently a Professional MMA fighter. The 2 time absolute (2002/03) world champion saw his last fight at M-1 Global postponed because of an injury of his opponent Heavyweight Dmitry Zabolotny.
Invited to join the BJJ Pro League late last year in Long Beach, Calif., Pe de Pano did well, winning his two fights and earning $ 5,000.

He attended last weekend’s Pan-American, in Irvine, California. Marcio is known for saying exactly what he thinks.

Accustomed to the time when the submissions reigned in Jiu-Jitsu, the black belt did not like what he saw at the Pan, most notably the open weight class of the Pan with the final between André Galvão and Leandro Lo .

“The absolute final was awful! They were in the same position for ten minutes and the referee did not say anything. It’s difficult to change it. I talked to the coordinator of the event and said: ‘They are arranging a way to leave things easy for the referee’. I think the referee gets to be responsible for what happens in a match. The competitors are often pretending to work so it looks like they are doing something. I do not have to invent the rule: just stop them on the ground, asks for athletes to stand up and resume. Every time the fighters are in 50-50, nothing happens, at most one advanatge. It is ridiculous. ” 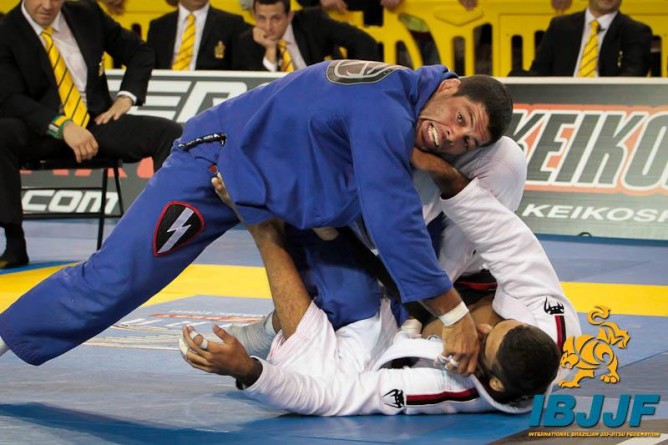 André Galvão and Leandro Lo, in fact, had a close match with little movement. The leader of the Atos, who had won the ultraheavyweight, won an advantage after an attempt to pass guard.

Watch the final for yourself: