Marcio Feitosa: “Against Heavier Guys, Attack The Back…” 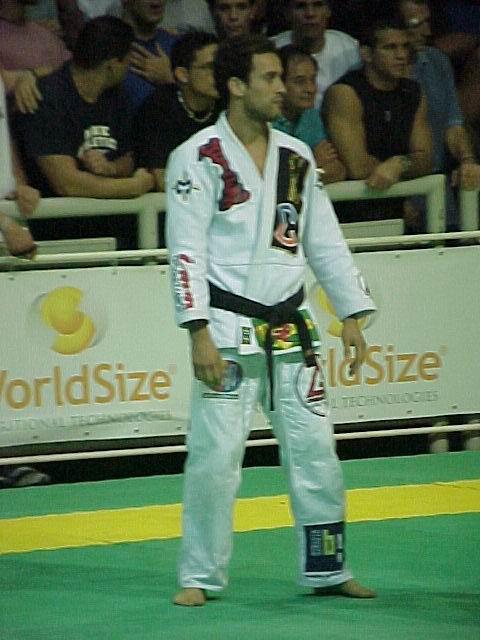 What are Feitosa’s tips for lighter fighters to have success against heavier and bigger opponents?

“I think we can divide the bigger opponent in two categories: the tall guy and the fat guy,” he told GRACIEMAG.com. “Fighting Roger Gracie is different than fighting a guy with a huge gut, and they are both bigger and heavier than you. When it comes to a fat opponent and you are playing guard, it’s important to do a an armdrag and cross the guy’s arm. You will make him uncomfortable and create an opportunity for a attack on his back.

“If you managed to pass his guard, don’t go for the mount, as it is gonna be easy for him to flip you over. Prefer the knee to the belly and to attack his back.”

For taller guys, Feitosa knows what to avoid.

“If the guy is taller than you, avoid attacking his foot, once chances are he is going to attack your foot as well and be more successful,” he said.

When playing defense, Feitosa has some pointers for when you are in a bad position.

“If the guy passed your guard and is on side control,” he explained, “you have to avoid at all costs to be with your back flat on the ground. Doesn’t matter if you expose your back a little.”

As a last tip, The black belt said that your condition might be the key to your success against heavier opponents.

“Move around a lot and try to gas him out!” he exclaimed.

But for the best tip, the professor always saves for the end: “Do you really want to avoid problems with heavier opponents? Don’t sign up for the absolute!”