How Many Days a Week Should I Train as a White Belt? 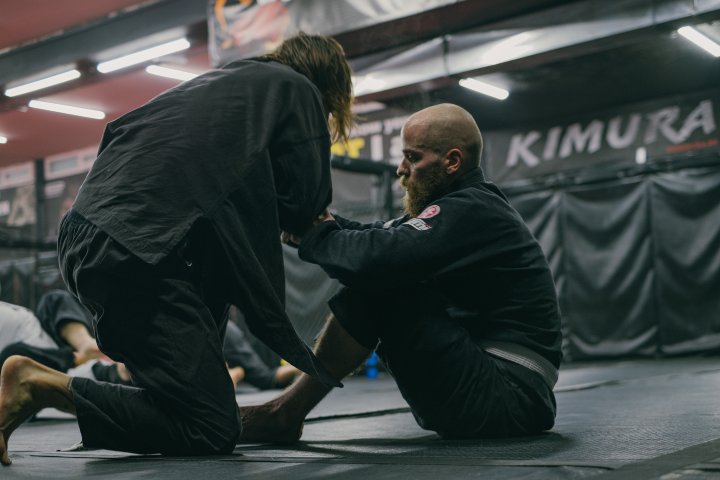 “How many times a week, as a white belt, should I train to make sure I’m making the most effective use of my time, without overtraining and breaking myself down?”

“How many times a week should I train if I have a busy schedule?”

“I don’t think one or two times a week will be enough.”

If any of these questions have crossed your mind as a white belt, keep on reading.

To get the most out of your training, it’s important to organize it to be as sustainable and useful as possible. If you are able to sustain some sort of disciplined schedule, may it be twice a week or twice a day, you will improve in BJJ. Training sessions that you look forward to attending, will only boost your curiosity, allowing you to continue to absorb the most you can during practice.

A common issue with belts is that they sometimes use days per week as a metric of their progress. You could be going to four classes a week, and for whatever reason, drop down to two, and get discouraged. It’s important to have set yourself a goal of for the minimum number of classes you can attend each week. Then, graduate to a maximum number of classes you can top up to the two sessions you are already doing, for instance. Let’s say you can make it twice a week, rain or shine, and can possibly squeeze in three or four extra classes. Just don’t hold yourself to them, because you have a busy work schedule that tends to fluctuate. Give yourself the two classes as a minimum standard.

Frequency of weekly classes is not a guarantee of progress, and it’s quite easy just to say you showed up to practice, but didn’t really learn much… You can do BJJ three times a week, but that doesn’t mean they were necessarily productive sessions. That’s not a good use of your time. So, instead of measuring the days per week that you attend class, focus on pinpointing the progress you are trying to make, even if it’s only incremental improvements. If you’re working on closed guard, and you’re focusing on getting out, you can measure your progress by asking yourself, “did I create the support position properly? Did I turn my biceps out, straighten my arms, and place the knuckles in the armpits?”

Competitions are won in Jiu-Jitsu because of skill. You want your metrics to be in alignment with that. Are you taking on what your coach is recommending for you? Are you breaking bad habits?

If you’re trying to move away from regulating how many times a week you show up to class, and begin focusing on your game, then start small. Here are a few cues: did you lift your hips or butt too far out? Did you do it in the smallest amount of movement necessary? Don’t lift if you don’t have to, or try and keep the lift as low as possible. That’s something you can keep reviewing in your head as practice sparring or drilling. You don’t want giant movements when you’re lifting your pelvis off the ground. When you secured your grips, did you remember to grab, twist your hand, twist your elbow back, and put your shoulder blade down? Did you control the ways your partner’s eyes turned, and did you prevent your partner from controlling the way yours turned? The number of times per week you train, is just the number of instances where you practiced these habits, either making or breaking them.