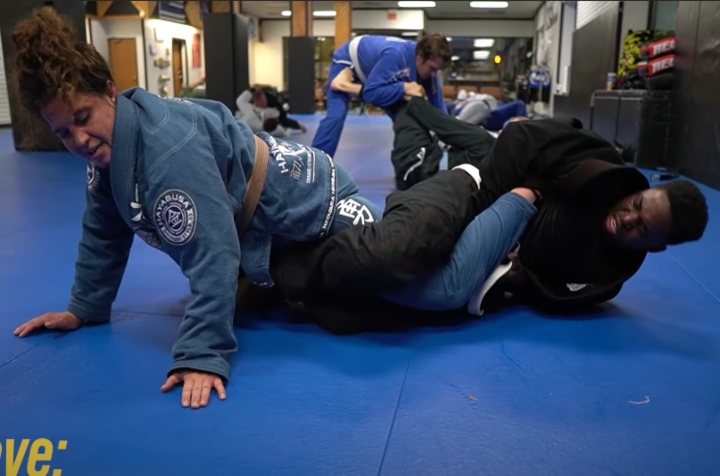 However, while it is never a good idea to just go all out in an attempt to „prove“ something to those with a lower skill level than yours (in which case you need to check your ego), it’s also not a good approach to let them think that they’ve gotten it „all figured out“. And that can happen if you go too easy on them, too often.

So, once you see them getting warmed up for BJJ and that they’re getting some concepts and techniques down, it’s time for you to smash them – it’s your obligation both to them and to yourself.

In today’s BJJ Gi roll, we have Jess, a brown belt, versus Josh, a WHITE BELT. Josh gets a little ahead then pays for it…