Make Your Toreando Pass Better With These Great Details 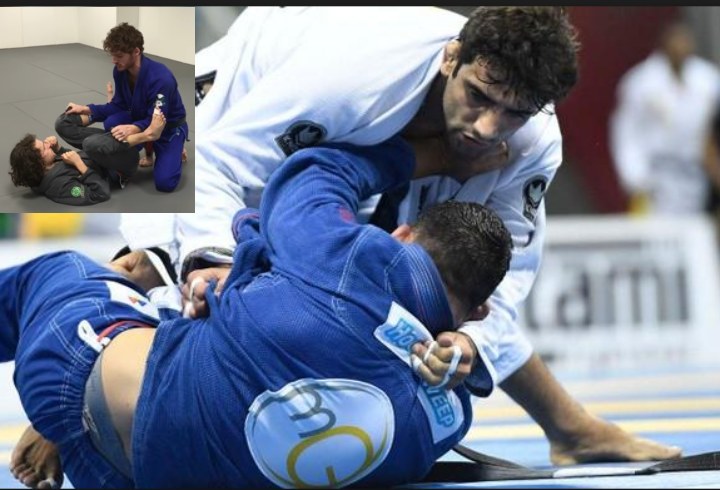 The Toreando Pass is, more often than not, one of the first passes you learn on your BJJ journey. But, like so many other things that we learn as beginners, there are some game-changing details that you can continue learning about and implementing in order to become better.
Jon Thomas has some great advice which will transform your Toreando Pass into a much more efficient tool. Let’s get to it!

Jon immediately emphasizes the importance of placing your palms first and then pressing your opponent’s shins downwards. But, don’t do this by jamming their knees towards their chest! All this is going to do is that it’s going to give them an opportunity to create space by placing their feet on your biceps. Instead, press and pin downwards.
After you’ve done that, you can establish the grips on their material – the way Jon prefers to do this is with the outside grips, rather than the inside ones (which are quite easy for your opponent to Lasso over). Now, because you first established the pressure, you have made it very hard for your opponents to move their legs – and the more they try to move their legs, the more power they lend you for passing them.

You also have to keep in mind that the opponent’s far leg (the one on the far side of your pass) will be the one giving you the biggest problems. You can ameliorate that by rotating their hips away from you, doing so by pushing hard on that far leg!

Jon points out that it is necessary to keep your torso high and that you hinge in with your hips when finishing the Toreando Pass. If you drive towards your opponent and lower your torso in the process, you make it all too easy for them to frame and prevent you from successfully ending the pass.
So, once you pass their legs, make sure that your torso is high – this makes it difficult for them to frame on your shoulder, which makes it easier for you to gain a knee on belly position.

But, what if they keep their knees super tight to their chest? Not a problem! They will just spin themselves in place and you can get to the north-south position.

Jon says that there are two main things to worry about when doing the Toreando Pass: first, you need to close the space to their hip with your foot and second, you need to use your top arm to rotate their hips, so that they face away from you. It is important to understand that these two come together – for, if you occupy the space at their hip but they aren’t rotated, your opponent can recompose the guard by using their far leg.

So, your „near“ arm’s job is to pull their leg open and your „far“ arm’s job is to rotate their hips so that they face the opposite direction. Also, don’t keep your arms straightened out as you pass. You want to have them bent sufficiently enough so that you can push and pull with them effectively.

Watch the video below to see more of Jon’s amazing details!