Make The Tripod Sweep Work Against ANYONE With These Details 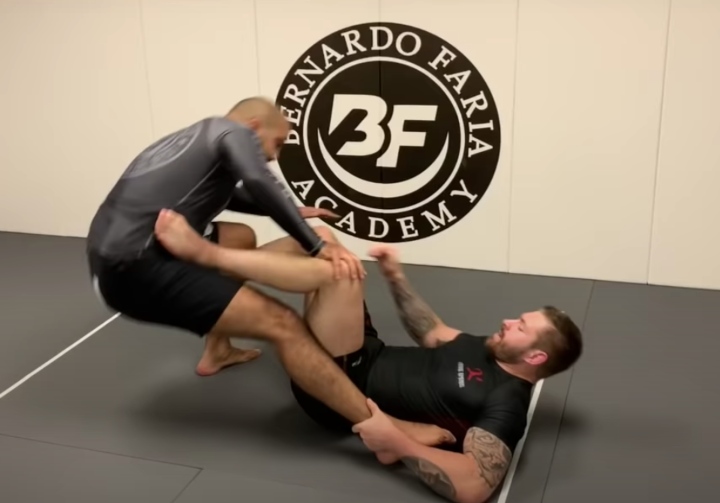 There are some techniques that you learn very early on, maybe even at your first BJJ class or two; but which you don’t use for too long, as it seems – after a certain level – that these techniques don’t work against more skilled opponents. And, while it may be true that you’ll have to disperse your game into more techniques as you climb the ladder, the basic ones still work; you just have to add an additional detail or two to them.
This is true for perhaps the first Open Guard sweep you’ve learned: the Tripod Sweep. Let’s take a look at Gordon Ryan’s great details, that will make this technique work against everyone.

Yes, you’ve read that subheadline correctly. The first piece of advice that Gordon gives is that you need to be stickier than you were before.

What this means in concrete terms is that you need to make it difficult for your opponent to kick his leg out; the one you’re grabbing, on the same side as your foot on their hip is. This is bound to happen if you only grab it with your hand – which goes to show that you need something which will reinforce that grip.
Gordon has two options for this. You can either glue your hip next to the opponent’s ankle; or you can simply place your buttocks on top of the opponent’s „shoelaces“. This will make it quite difficult for them to kick their leg out, thus making it possible for you to think about hitting other details of the Tripod Sweep with more effectiveness.

The more important point, however, is not your foot – but their foot, the one you’re gripping and sticky to. Gordon explains that, if this foot stays flat on the ground, your opponent will likely transfer all of their weight onto it; which makes it possible for them to kick the other leg out.
To neutralize this, you need to lift this foot up, off the mats. Then, when you go for the Tripod Sweep, they won’t be able to post; therefore, they’ll fall and you’ll get your sweep.

WHAT AFTER THE TRIPOD SWEEP?

So, now that you’ve swept your opponent, you need to get on top of him and start imposing your own game. However, what if they start escaping after hitting the mats? They’ll be trying to get away, which is to be expected.

Gordon explains and demonstrates that, when you knock them down, you should proceed to immediately wrap your hand around the leg you had your grip on. Wrap it and pull it towards you. Now if they try to get up from here, you’ll be in a great position to either climb up their leg and take their back (if it’s exposed to you) or – if they stand up fully – you can sweep their other leg.
Additionally, you can also play the leglock game; the moment they’re down, establish your leglock position.

Watch Gordon Ryan explain these details to the Tripod Sweep in some fantastic detail below: