Mackenzie Dern: My Goal Was To Win Everything This Year, Then Retire From BJJ 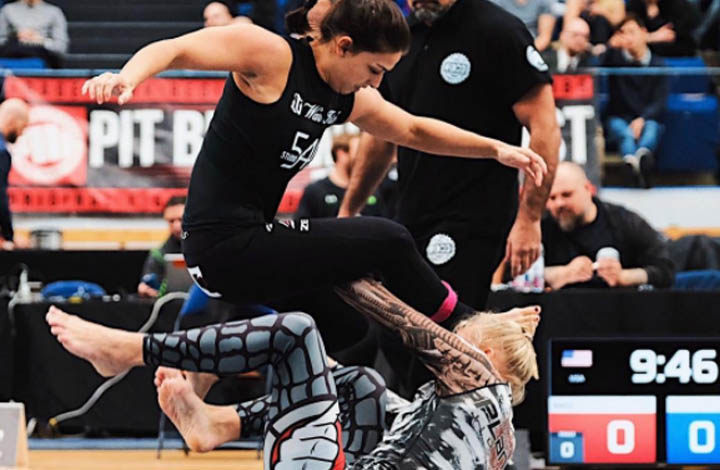 Mackenzie Dern has a great deal of accolades in the bjj world. But ever since she started transitioning to MMA it’s become substantially harder to juggle the two. As evidenced by her weight struggles, tournament drop outs and an upset loss at ADCC.

Mackenzie Dern commented on all of this recently saying she was set to retire however all these struggles have made her hungry to have another go around in the bjj world:

“I wanted to fight in Worlds and say goodbye but then I ended up tearing a ligament on my knee. So the worlds didn’t go the way I wanted it to go, and then I had to have knee surgery… ”

Dern added: “It didn’t go the way I wanted it to go. I don’t know if I’m able to really say goodbye yet. I just fought at ADCC one week ago- I’m still wanting. My goal was to win everything this year then to go focus on MMA but it didn’t go that way so I want to keep fighting. ”

ADCC Just finished and unfortunately I wasn’t able to defend my title. Of course, it would be great to be able to win again but that is the life of an athlete, we win some and lose some. I have so much to be thankful for, it was such a great feeling to be back doing what i love, healthy and surrounded by great people. I am already back to training for ADCC2019! 😬👌🏼👍🏼💪🏼👊🏼thank you to all my sponsors @wartribegear @zebramats @studio540 @dopaminadrink and thank you to all the fans for all the support no matter what! • • • ADCC chegou ao fim e infelizmente eu não consegui defender meu título. Lógico, eu queria muito de ter ganho de novo mas vida de atleta é assim, às vezes a ganhamos e às vezes perdemos. Eu sou muito grata e feliz por me sentir tão bem estando de volta fazendo o que eu amo, saudável e podendo ficar junto com pessoas incríveis! E já comecei os treinos para ADCC 2019! Rs 😬👍🏼👌🏼👊🏼💪🏼muito obrigada a todos meu patrocínios e claro muito obrigada a todos meus fãs pelo apoio independente do resultado!! 📷—-> by the great @banejitsu

She also spoke out about weight issues:
I think what was kind of holding [me] back was, I think Cyborg got so much…attention and so much, like, for her to make the 135 [pound division], you know? And it was, like, a really long time for the UFC and everything to work with her to the 135 division. So, like, I understand it’s hard for them to like them, me to go fight in the UFC when, like, I only made 115 one time, you know what I mean?

And how early she expects to make it into the UFC:

My goal was to get into by 2017, you know? So definitely, that didn’t change, you know, the sooner I can get in more and more with these girls and starting to feel that experience of being like in the big events, the better.

You can watch her entire segment below: