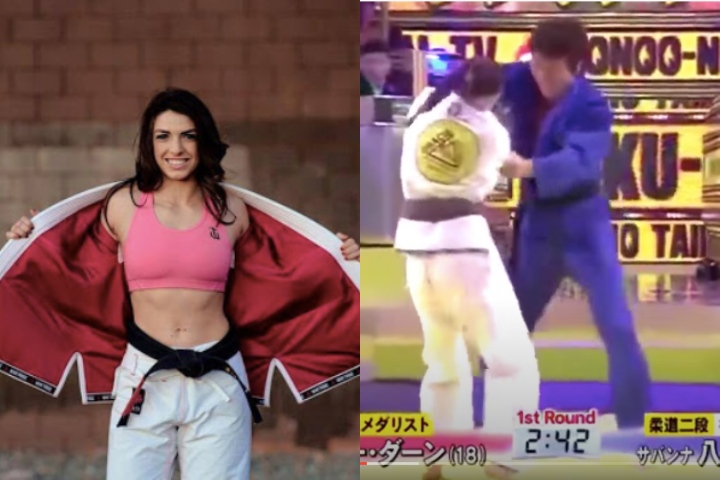 Japanese TV has hosted a  series of strange challenge matches between top female grapplers vs male Judokas. While male vs female rolling sessions are normal in the gym, they are much rarer in a competitive or even exhibition match setting.

Over the years, Japanese TV has featured:

-Before Ronda Rousey became one of the most recognizable and popular mixed martial artists she appeared on a Japanese game show where the standout Olympic judoka took on three men and beat them all.

Here is the first one, Mackenzie Dern vs male Judo player: