Lucas Lepri Has a Message for The New Generation: They Will Make Me Work 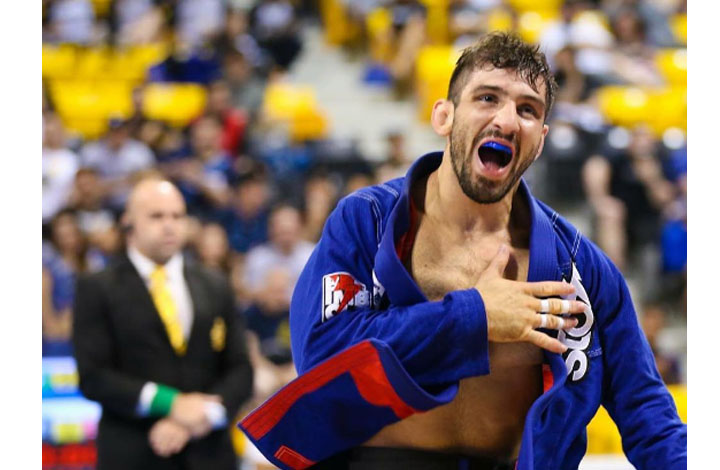 Lucas Lepri completely dominated the Worlds this year. Lepri managed to get submissions in 3 of his 4 matches. Now he has a message for the new generation.

In an interview with Tatame he took time to recognize two players as someone who will usher in the new generation:

“Certainly the Nicholas Meregali , student of Mário Reis, and Isaac Bahiense , they are very good. These two in the brown belt are standing out enough, and certainly very soon will get black and shine as well,” Lucas bet.

On describing his happiness over the victory at Worlds:

“Indescribable feeling. I was very happy. It’s great, I’ve been focused, and I knew it was going to be fine. I had a very good camp, the support of several friends from the Alliance helped me a lot, my students. All this support was very important. So I got there focused.”

“I worked hard not to lose position, standing up too, but also very focused on my guard. Most of my fights I pulled guard. With JT it was also a very tough fight, swapping standing, but in the end I pulled and I ended up winning.

So I was very confident also in the guard, and even in the end I did it. The physical part I always leave strong, like working well this point not to miss gas late in the fight. I think that extra gas at the very end made the difference.”

On hardest match at Worlds:

It was certainly the duel against JT Torres in the semifinals. I saw that they outlined a strategy to hold me upright without many attacks and for judges penalites to go into play. I felt the build up and knew I had to pull guard to not be disqualified. Everything worked out. I heard the guys saying “Now” and realized the strategy. He wasn’t trying anything so I just attacked.

You can watch one of the 3 submissions here. Or listen to Lepri’s interview with the best jiu-jitsu podcast out there: The Grappling Central Podcast.

You can read the entire interview with Tatame magazine in Portuguese here.