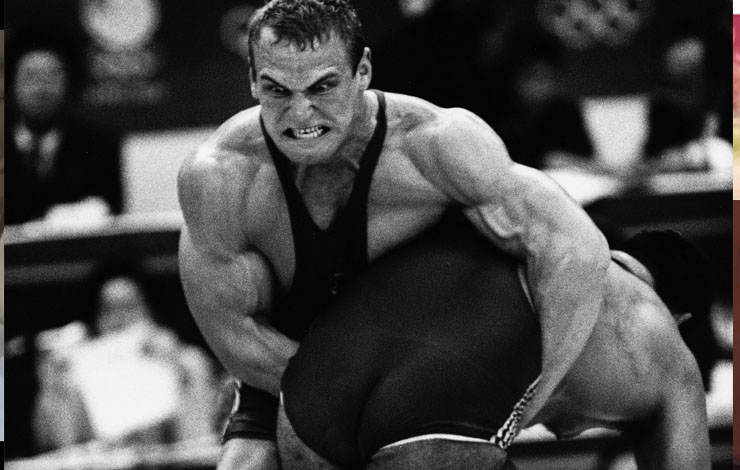 Aleksandr Karelin – Nicknamed “Russian bear” and “Russian king kong” – Aleksandr is considered the greatest Greco-roman wrestler of all time. Karelin won 3 gold Olympic medals and a silver one. His record stands at 887 wins and two losses. Karelin was feared for his unprecedented strength and success in international competitions. Some even refered to him as “The experiment” – enough said! 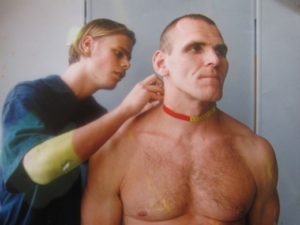 He is famous for his reverse body lift, sometimes called the Karelin Lift. This devastating maneuver is worth the maximum 5 points awarded in Greco-Roman wrestling. His ability to throw equally heavy opponents amazed observers and terrified competitors.

“I didn’t like myself before I began wrestling,” he says later over a meal of pizza (nine slices) and apple juice (six large glasses). “Wrestling helped me to be at ease. Occasionally, I still wish for the privacy of being a little fellow nobody sees. Teenagers sneer, ‘Look at this guy! The legs! The ears!’ And older people see my face and say, ‘My god! Look, quick! A criminal!’ “

Karelin sighs, uncrossing his mammoth legs. “I’m also a favorite of drunkards and others who seek to prove their strength by confronting me,” he says. “Of course, I am grateful for my strength. It makes me self-sufficient. When I bought a refrigerator, I carried it myself up the stairs to my apartment on the eighth floor. Always, though, I am conscious that I am not a typical man. I can win a wrestling competition with a decent enough score, but because I am not typical, I must win in atypical ways.”

History channel even did a documentary on him called The Meanest Man in the world:

Here’s Karelin looking back at his experience: