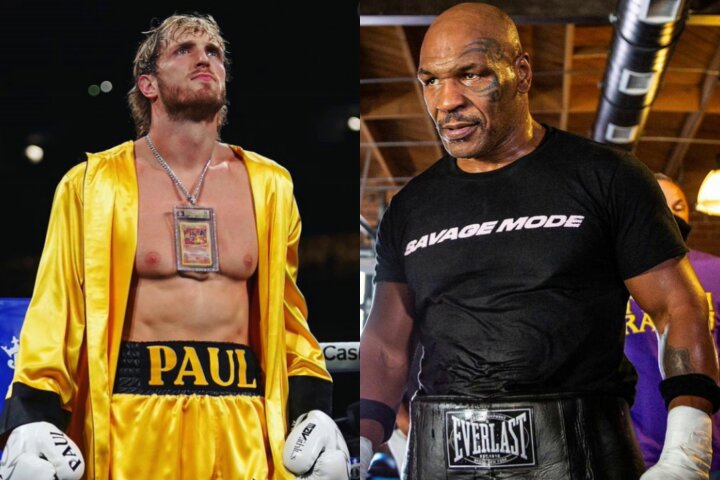 Back on June 6 in Miami, Logan Paul’s and Floyd Mayweather’s highly anticipated exhibition boxing bout took place. As Paul had a huge height and reach advantage, he used his size against Mayweather; who, as the bout went on, took total control over it, but didn’t manage to knock out Paul.
The fight went the distance, and it seems that it has increased Paul’s confidence. He’s looking to box again… But against whom?

Many are wondering about the same thing. There’s always an option of him boxing against an another Youtuber – or, instead, taking on a professional athlete again. But it could be said with certainty that nobody anticipated the name that came up: Mike Tyson.
Paul is confident that he has the skills to win a bout against Tyson. On his “Impaulsive”podcast, he said:

Someone mentioned Mike Tyson. My lawyer mentioned it, and he’s like: “Nah, Tyson will rip your head off, you don’t stand a chance.” (And) I’m like: “I just went through all this.”
You can’t tell me I can’t beat Mike Tyson. He’s old, old.

While a bout between Paul and Tyson seems rather unlikely to happen, it’s not impossible. Tyson had previously mentioned that he wants to return to boxing in the fall of 2021, through doing more exhibition bouts.

So, if a boxing match between Mike Tyson and Logan Paul does take place, it would without a doubt be a massive fight that the whole world would be eager to watch. The match between Paul and Mayweather reportedly did over one million pay-per-view buys.
The Paul-Tyson bout PPV would, without a question, do even more than that.