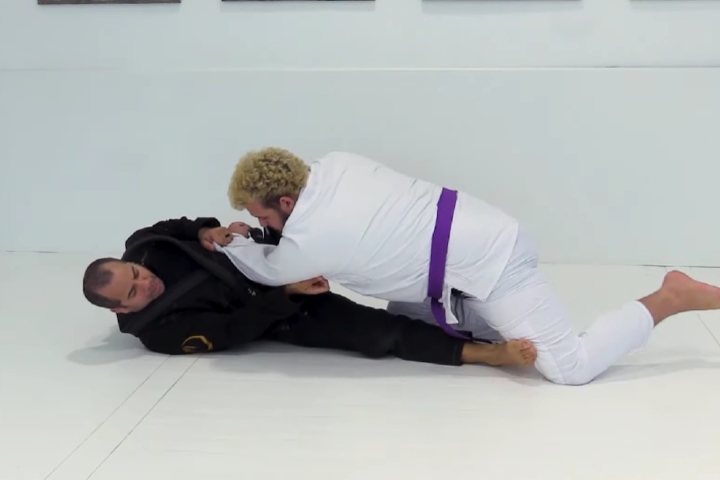 There are some BJJ techniques that you will carry with yourself no matter the experience, knowledge, and the belt you earn along the way. Simply put, these techniques are going to be “evergreen” for you; as you’ll use them up until the last time you find yourself on the mat.
One of those “moves” is almost certainly going to be the Scissor Sweep. In case you need to refresh your memory, here’s how to do it effortlessly, as demonstrated by Professor Leo Vieira.

Professor Vieira starts his setup by first scooting out with his hips from Closed Guard, after he has established a solid two-on-one control over the opponent’s sleeve. From here, he scoots his hips further to the side which is opposite of the one on which he has the grip. This is incredibly important, as you’ll be able to sweep your opponent only if you “push” him to the side on which they don’t have a post.

Now that you’ve done that, grip the sleeve material at around the opponent’s armpit area. Then drop your foot and push their knee out, so you take it out as a post. Now, push with your other leg to sweep them over with the Scissor Sweep – and establish Side Control!
Here’s how to do it in much more detail on the video below… And why posting your knee against the opponent in the process is of vital importance: