The Legend of Pavel Bojar, The Skinny Sumo Champion 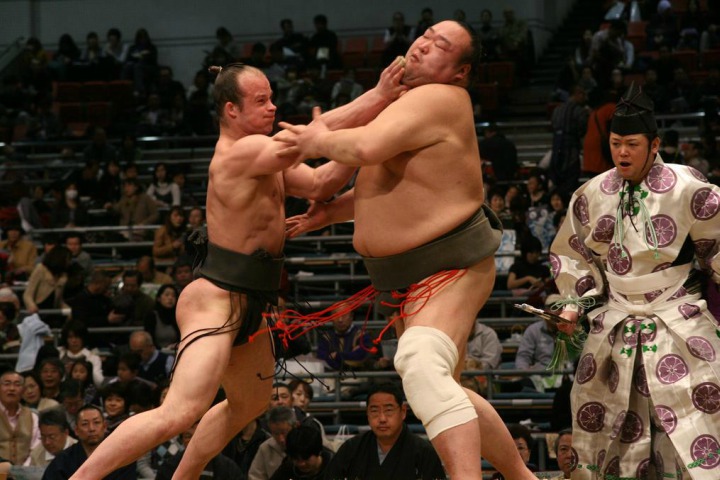 Takanoyama Shuntarō (born 21 February 1983 as Pavel Bojar) is a former sumo wrestler from Prague, Czech Republic. He is the first man from the Czech Republic to join the professional sport in Japan. He reached the third highest makushita division in 2004, but due to his light weight he had difficulty in regularly beating his opponents, despite his skill. However, in May 2011 he finally earned promotion to the sekitori ranks. After becoming only the third new sekitori since 1958 to pass through jūryō division in just one tournament, he made his debut in the top makuuchi division in September 2011. He retired on 24 July 2014.

Bojar practised judo in the Czech Republic before becoming interested in sumo. Sumo is more popular in the Czech Republic than in any other European country, with ten sumo clubs containing some 600 members, and he was trained by Jaroslav Poříz, president of the Czech Sumo Association. After winning the bronze medal in the 2000 Junior World Sumo Championships in Tokyo, he was accepted by Naruto stable, a heya in Chiba run by former yokozuna Takanosato. After passing the physical exam, he made his official debut in November 2001.

Due to his exceptionally light frame, Takanoyama relied heavily on throws to defeat his much heavier opponents. His most common winning kimarite was uwatenage, or overarm throw, followed by shitatenage (underarm throw) and kakenage (hooking inner thigh throw). He had knowledge of a wide variety of techniques, having used at least 37 different winning kimarite in his career.